Trending
You are at:Home»Reviews»Audi S6 review
By Michael Sheridan on 19/02/2020 Reviews 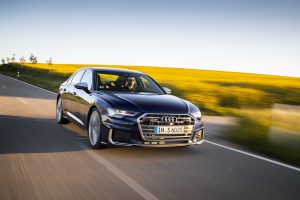 Fast Audi’s are always interesting cars. The Audi A6 is a perfect example of a smart business suit. The more powerful S6 version manages to look very smart too without, thank goodness, appearing to be muscle bound. The S6 is a real Q car, those that know what it is, know. Those that don’t know what it is… simply see a smart executive car that looks optioned up. 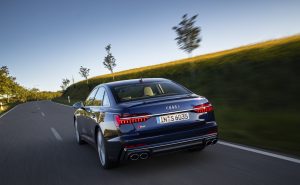 The greenest thing you can say about the S6 is that it uses 48 volt mild hybrid technology and can even switch off its engine for up to 40 seconds when cruising. It even has regenerating brakes. Sadly after that noble bit of engineering its all downhill as power always has an environmental cost. Audi has ditched its usual petrol power for the S in favour of diesel. Under the bonnet is a 3 litre V6 that is down on power but up on torque compared to the old S6. The new car is more economical (av. 8L/100km) and pushes out a healthy 350hp and a whopping 700nm of torque – that is a lot of pulling power. 0-100km/h takes 5 seconds and top speed is electronically limited to 250km/h. 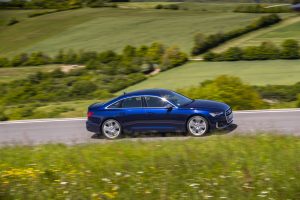 Two turbos, a big conventional one and a small do away with lag – in theory. A clever small turbo run by the electrical mild hybrid system is meant to rid the diesel of that initial lag bu it doesn’t do a particularly convincing job. When the power kicks in though it is very impressive. The big automatic simply tears up the road as its Quattro all wheel drive system delivers great traction. There are a number of drive modes but like a child I set the individual mode to be relatively sensible with the active exhaust system set to the loudest setting. The sound is artificially assisted to sound particularly meaty with a burble that is petrol V8-like! This makes the car a bit of fun well within the speed limit. 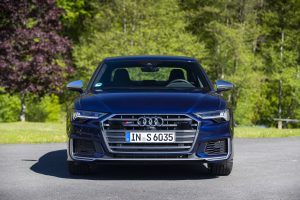 It is a big car at two tonnes (1955kgs ex driver) and a great cruiser. Kilometres are gobbled up and with our upgraded sound system the drive is definitely premium. On rural roads you are aware of the car’s bulk and consider swapping to an S4 (that has the same engine). The S6 is substantial and its weight is something you can never really forget about. 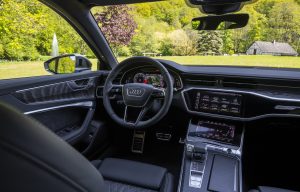 Inside, the cabin is class. The A6 follows the A8 and A7 with beautiful surfacing and flush touch screens. Big sports seats are really the only truly noticeable nod to the car’s performance as the standard A6 in S Line trim is so well finished to begin with. The cabin seats five and the rear seats fold. We even did a DIY trip and could fit shower new doors in the cabin with the boot closed! 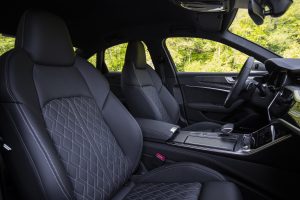 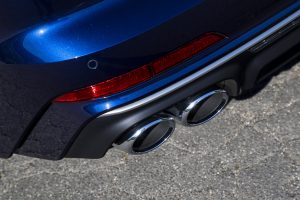 Is the S6 worth all that extra cash over an A6 50TDI – that is the big question.