Trending
You are at:Home»Reviews»Dacia Duster review
By Michael Sheridan on 15/11/2017 Reviews 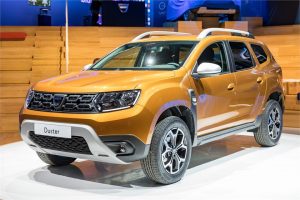 Shockingly affordable is the marketing line with Dacia. I’ve just racked up over 900 kilometres in the latest revised Duster and guess what, my back is still intact! Okay so apart from new seats that function and the relief at not having my body engage with the seat frame after 30 minutes – is that all the good news? Eh, almost… 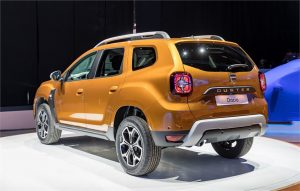 The face-lifted Duster was revealed at this year’s Frankfurt motorshow with high hopes to build on its seven year and one million plus sales success. Duster starts from a very low €16,890 for the ‘Alternative’ grade. For small car cash you get a substantial looking SUV, even if it isn’t that big, with front wheel drive. The body has been given a mild facelift and overall that squat substantial looking style, that I must admit kind-of-like, remains. 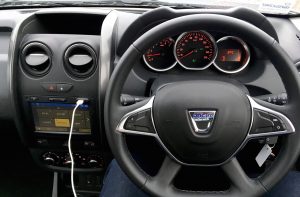 Inside the five seat hatchback there are revisions to the dash and seats. Sadly the poor positioning of the electric window switches, in a bundled tacked on to the door card, is a real annoyance and I was tempted to tape a sponge to my right knee as I drove. The quirky positioning (polite way of saying rubbish) of most secondary controls remains a source of amusement and at times frustration. Cost saving is visible everywhere and I suppose if it wasn’t on view every car maker would build cars this way. If your hands stray beyond any of the surfaces you can expect to get cut or scratched by sharp unfinished edges. I nearly recoiled in horror at the crude finish inside the massive fuel flap. 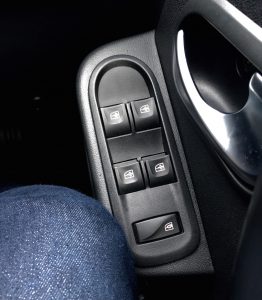 I understand the Duster is a cheap car but on close examination its is very basic and nasty in places. That said have I said it is very cheap to buy. My test car’s height adjustable driver’s seat uses a gravity or the lack of to raise itself via a lever – just like many a BMW (Dacia and BMW in the same sentence!) but I found myself sitting close too close to the raised floor (needed to accommodate the optional four wheel drive set up). The boot is a good size at 475 litres.

Raise your Duster budget and you can get more toys, 4X4 traction and even an automatic gearbox. Signature (€18,890), Prestige (€20,090) or SE Summit (€21,590) are the grades. New options include keyless entry, a multi view camera, blind spot warning, curtain airbags, automatic lights and auto climate control.

The Renault owned Romanian brand manages to make Dacias cheaply thanks to using the Renault parts bin. This cost saving is passed on to customers who get to ‘go a car bigger’ than their budget would allow with any other car maker. Dacia deserves kudos for facilitating this. The Dacia range offers basic motoring that does does an adequate job – if you have little or no pulse. Buyers beware, the cheap new price points to the low resale value that Dacias return. 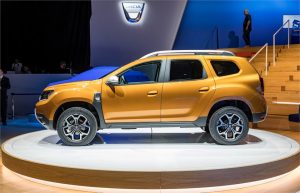 Desirable is a word never used with Dacia despite its huge sales success. On my travels I’m across Europe the Duster is very popular particularly the further south you go. The engine range in Ireland is limited to just one 1.5 litre diesel with manual and automatic gearbox options and a 4X4 option too. On the road my front wheel drive, 110hp Renault diesel (the only engine in the range) had a six speed automatic that was surprisingly frugal. On test it managed to deliver close to 5 litres per 100 kilometres (circa 850 kilometres to the tank). The auto transmission tended to shudder a little when moving off and the auto stop start system was slow to restart at the best of times but thankfully that function can be switched off. The brakes worked but felt a little odd underfoot. Also at times when reversing the Duster the steering felt like the power assistance was switched off.

The car rolls quite a bit when cornering but otherwise provides a ride quality that is quite comfortable for the asking price. I live in a beautiful part of the country but never once felt the desire to take the long way home in the Duster. My Prestige grade car had a few toys like a reversing camera but if you start the car and then reverse the system from cold takes a while to boot up and you’ve already made your maneuver! Bluetooth featured as did sat nav and cruise control with speed limit function was used regularly. An Eco button allowed me maximise fuel consumption while air conditioning was also fitted. My test car had added chrome plated running bars and a front sump skid bar (different to the 4X4 version pictured) that are meant to look chunky and off-road-like but in reality looked silly. You can’t always see where money is saved but another example would be in the availability of safety features and driving aids – that with Duster are poor and of course structural integrity and th euse of high strength materials in construction. Duster scored just three out of five in Euro NCAP crash testing. 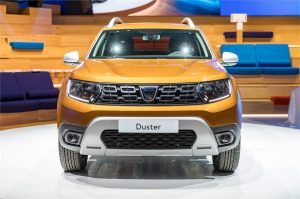 The entry point Duster makes the best case for purchase as its price is, as Dacia says, shocking – sadly so is the driving experience. So, as much as my inner car snob wants to lambaste the Duster – I ultimately can’t as it does a job. Would I buy one? No, but I understand why many people do.