Trending
You are at:Home»Reviews»Hyundai i10 review
By Michael Sheridan on 27/07/2020 Reviews 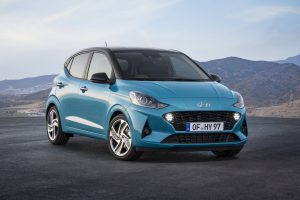 Pint-sized motoring doesn’t come any better than the new Hyundai i10. Tiny cars are brilliant and deliver nearly guilt free motoring, especially in the city compared to any full size SUV. The trouble is the trend for crossovers and SUVs is showing no signs of abating and while small cars are encouraged by many governments in Asia for example they do not get any particular tax breaks here. Most European car brands are turning away from making really small cars citing the lack of profit margin and this is a shame. 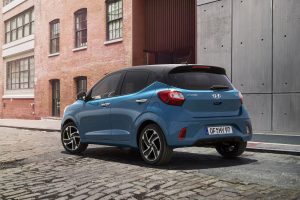 The third generation i10 is only 5mm longer than the car it replaces. It sits on a new platform and is wider (+20mm) and lower (-20mm) and has a longer wheelbase (+40mm) and this has a big impact on cabin space. The five-seater remains compact on the outside but its relatively vast interior has to be applauded – and the boot is surprisingly useful too. Power comes from a tax band A 1 litre three cylinder petrol engine. It is a lively little engine that does a good job. Keeping up with traffic on the open road is no problem at all. 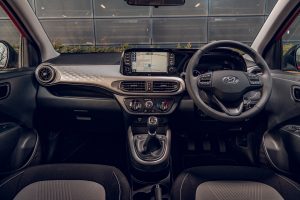 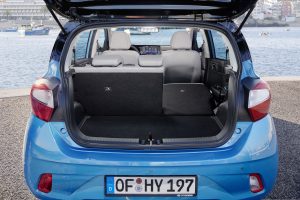 The best seller is expected to be the Deluxe model at €16,245. It gets air conditioning, electric and heated door mirrors, electric rear windows, driver’s armrest, rear speakers, remote central locking, alarm, daytime LED running lights, front fog lights… remember this is a city car!!! Deluxe Plus would be the version we’d go for simply because it significantly adds Apple CarPlay & Android Auto (and more) from €17,245. Our test car was a Deluxe Plus with 2 tone roof (€17,645). The contrasting roof looked good and reduces the perceived height of the car but I wouldn’t spend the money on it in what is a very price sensitive end of market. Other toys above’ Deluxe’ trim fitted to the Plus were a reversing camera (with dynamic lines), wireless charger, voice activation, an 8 inch touch screen centre display, 15 inch alloys and rear speakers. A ‘Deluxe Plus Auto’ is the only automatic version at €18,495. 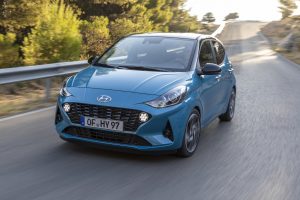 The i10’s stop/start petrol engine pushes out just 67hp and 96nm of torque. You will frequently use all of the power available but that said each of those 67 horses makes the i10 good fun to drive and nip about in. The i10’s manual five speed gearbox is light and easy to use. The manual handbrake is positioned a little too rearward for my liking and the driver’s armrest is only nice on a long drive when it is less in the way of gear shifts and handbrake applications. 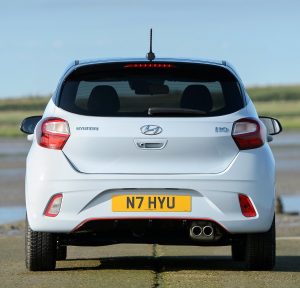 Hyundai makes a four cylinder 1.2 litre version but it is not being imported to Ireland. As of now there are no plans either to bring in the hot i10 N Line model to Ireland. The sporty i10 N Line pushes out 100hp/172nm and is on sale in the UK and looks like a hoot. It can do 0-100km/h in 10.5, which of course would feel a lot quicker.

Our 1 litre i10 had a good ride quality on its 15 inch rims, but when loaded up the car’s suspension compresses quite significantly and speed humps and poor surfaces in general will be felt. 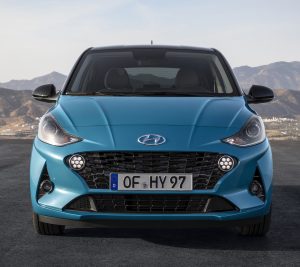 The Hyundai i10 is compact motoring at its best. As an urban runabout it ticks all the boxes.

All Hyundai’s come with a comprehensive 5 year warranty that includes AA road assistance. i10 pictured is on 16 inch alloys.