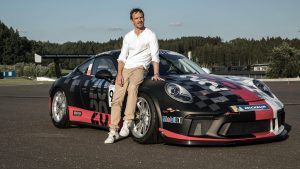 Guess who’s joining the grid for round six of the Porsche Mobil 1 Supercup this weekend? Only our own Hollywood star Michael Fassbender. The Irishman tackles the international one-make cup run as support to the Spanish Grand Prix at the wheel of a Porsche 911 GT3 Cup.

“The level of competition in the Supercup is extremely high, so my goals are modest,” says Irishman Fassbender (“Inglourious Basterds”, “12 Years a Slave”, “X-Men”), who drives a Porsche 911 RSR in the European Le Mans Series (ELMS). “I’m most looking forward to driving a different racing version of the Porsche 911 and gaining more experience.”
Heidelberg-born Fassbender went through a Porsche-run professional training programme for motor racing. He first completed a short training course with the 485hp Porsche 911 GT3 Cup as part of the Porsche Driving Experience. After advancing to the Porsche Racing Experience and competing in Porsche Sports Cup races, the Irish actor started into his debut season in the ELMS in 2020 with the Proton Competition customer squad. 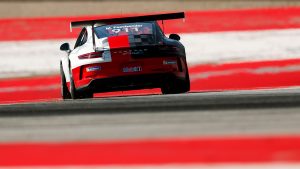 Last weekend, Fassbender finished the four-hour race at Spa-Francorchamps (Belgium) fourth in the GTE-class with the Porsche 911 RSR. He shared the cockpit of the 510-hp racer with Porsche works driver Richard Lietz (Austria) and Felipe Fernández Laser (Germany).
Round six of the Porsche Mobil 1 Supercup takes off on Sunday (16 August) at 12.30 pm local (CEST). Fans can enjoy the race via live stream on F1TV.formula1.com.