Trending
You are at:Home»Reviews»Kia Picanto (review), best in class.
By Michael Sheridan on 28/04/2017 Reviews 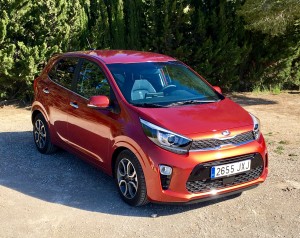 The smallest car in the Korean brands range is big on personality.

Picanto has been a firm favourite in what is in reality a tiny sector of Ireland’s new car market. Since its Irish launch 4,500 have found homes. The class leader by a mile comes from Kia’s sister company Hyundai. Hyundai’s five seat i10 is a great machine but guess what… the third generation Picanto is better.

New Picanto gets a new exterior design that goes beyond where it needed to. Most tiny city cars are built and designed around keeping a small footprint and maximizing interior space, Picanto manages to do that yet it has some interesting design details that will make you grin.

All the new technology and packaging means the new Picanto is dearer than before now starting from €13,295 for the TX entry model with its manual 5 speed gearbox. As you’d expect the maths works out as good value when you take in to account the sum of its parts. 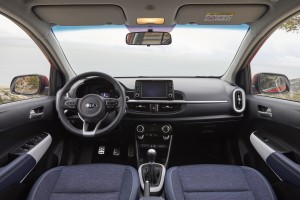 The greater availability of driving safety aids is reflected in the model range too with ADAS versions available in TX, EX and EX A/T grades for a modest premium. The advanced driving assistance pack (ADAS) comes with AEB active emergency braking as standard. 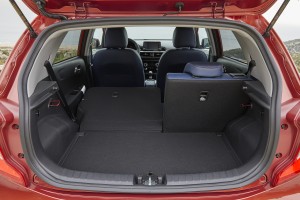 The Picanto has a relatively good cargo capacity that Kia claims is the largest in its class at 1,010 litres with the rear seats folded down. The boot is class leading too and features a two step floor and has a capacity of 255 litres (+50).

Two petrol engines make up the range from launch, a three cylinder 1 litre and a four cylinder 1.25. The 67hp/96nm normally aspirated 1 litre is the best unit and falls into tax band A3 (€190). The four should be better but I didn’t like it as much. The 1.25 litre develops 84hp/122nm EX and is also available with a four speed automatic from €16,495. This unit falls into tax band B1 and attracts €270 annual road tax.

A GT Line sporty Picanto will be available later in the year but it won’t be cheap and sadly is unlikely to sell in great numbers despite looking great. Power comes from a 1 litre T-GDI turbocharged, three cylinder, petrol engine that is a hoot to drive with its 100hp/172nm. 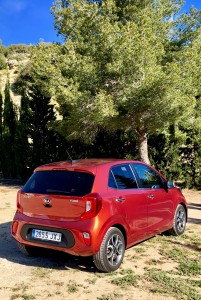 The front wheel drive Picanto comes as a five door only. The three door version was a poor seller and has been dropped. The design team from Kia’s design centres in Namyang, Korea and Frankfurt, Germany has done a great job with new Picanto. The car is pretty much the same size as the last generation with a few little tweaks. Picanto is lighter and stiffer than before plus the wheelbase is longer (+15mm) and this means the ride and driving characteristics deliver a car capable of doing a commute without any hardship. Picanto remains true to being compact but there is tons of space inside. At 1,485mm tall, 3,595mm long and 1,595mm wide it’s a joy to use about town. The Picanto now has one of the quietest and best appointed cabins in its class and passenger access is great too. 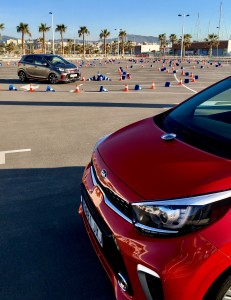 Fun and Games with Picanto

Overall Picanto requires very little effort to use thanks to a reduced turning circle coupled with lively engines.

Picanto exceeded my expectations and was fun to drive too!

Kia has hit the nail on the head with this one, I love it.