Trending
You are at:Home»Reviews»KIA XCeed PHEV review
By Michael Sheridan on 20/09/2020 Reviews 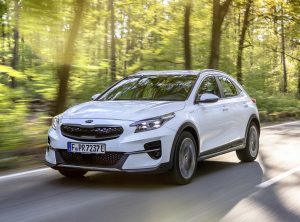 The KIA XCeed compact crossover gets a PHEV version. This plug in hybrid electric vehicle is the first version of the ‘Ceed’ family to get this greener technology. Emissions are very low, as low as 32g/km CO2 and this makes the PHEV a greener alternative to the petrol and diesel XCeed models already on sale.

The Slovakian built XCeed was designed, engineered and styled for Europe. You can read our first test drive review here: http://motorhub.ie/kia-xceed-review/The exterior proportions of the fourth variation of the Ceed family are right on trend. The SUV crossover is longer, wider and sits some 60mm higher of the road than the Ceed hatchback. This urban SUV look lets XCeed slot effortlessly in to the increasingly competitive and fashionable compact crossover class. Our test car rides on 18 inch allow wheels and looks very smart and chunky yet doesn’t take up much roadspace. 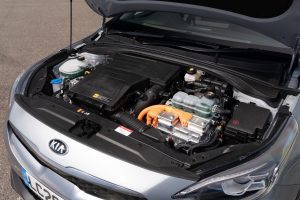 Under its skin the XCeed platform was designed as two wheel drive only so there will not be an all wheel drive version with this generation. The PHEV’s gearbox is an automatic – like all hybrids. XCeed PHEV’s gearbox is a dual clutch auto and not a whiny e-CVT auto and this means it can deliver power in parallel from both motors simultaneously. Under the bonnet the XCeed PHEV combines a turbocharged 1.6 litre direct injection petrol engine (104hp/147nm) that is assisted by an electric motor (60hp/125nm). 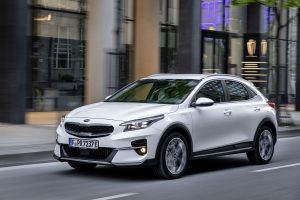 The engine is not particularly quiet or refined when pushed hard but it does an adequate job. The combined power output is a respectable 140hp and 265Nm of torque. The electric motor gets its power from a rechargeable 8.9kWh battery pack mounted under the rear seats. The battery adds 117kg to the car’s weight. When fully charged the PHEV can exceed (sorry I couldn’t resist) the PHEV critical 50km+ electric only driving range. A full charge using a type 2 cable takes 2.15 hours using a 3.3kW (low capacity) Wallbox. The battery is small enough for a three pin plug charge overnight to easily fill it up. KIA says fuel consumption can be as low as 1.4L/100km but this depends on having battery power. When the electricity runs out the car runs on the petrol engine and this will see fuel consumption rise significantly. 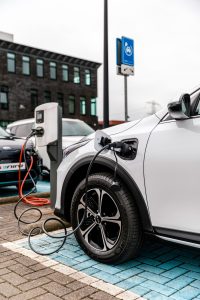 You can set a battery charge timer via the centre touch screen (or phone app that is being rolled out throughout Europe) to let you control when the car draws power. This allows owners to take advantage of cheaper night rate electricity. One function that you cannot do via any button or screen is select an option to charge the battery on the move. The only way to do this is to leave the car in Sport mode and it will top up the charge. I did one 45 km run in sport mode and the battery went from 0-9km range. There is an EV button that will allow electric driving but only if there is sufficient battery power. The XCeed PHEV uses its electric power from the get go and this means that you could commute to a low or zero emission zone and arrive with no electric only driving ability. 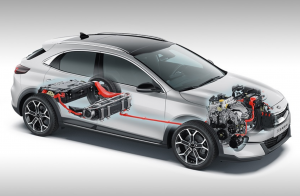 The default driving mode is ‘Eco’ and the accelerator feels a little sluggish and weighty but in sport mode the car livens up a bit. When provoked the PHEV can go from 0-100km/h in 10.6 seconds. The electric motor delivers a nice early shove and the engine completes the job as the speed rises. When running on electric power alone the car uses a VESS noise generator to create a 59dBa sound at low speed that alerts those outside the car to its presence. 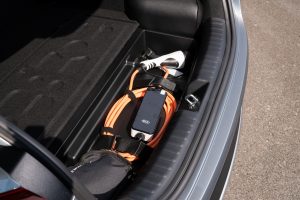 Its not all good news as the boot is compromised. The XCeed PHEv’s holds 291 litres – the regular XCeed holds 426 litres. Compared to the Ceed hatch (395) the PHEV has over 100 litres less and there is no split boot floor, although there is a small cubby slot for a neatly folded charging cable. Fold the rear seats and there is a more usful 1,243 litres. The XCeed PHEV is certified to tow up to 1300kgs (braked) and this is impressive for a hybrid – as they are usually compromised for towing due to the location of their battery packs. The fuel tank is reduced in size to 37 litres (from 50) to accommodate the batteries. 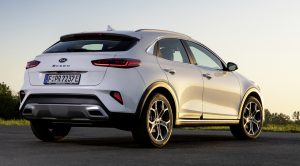 The XCeed PHEV comes with a host of safety and assistance systems such as lane keep assist (LKAS), high-beam assist (HBA), hill-start assist control (HAC), speed limit information function (SLIF) and the forward collision-avoidance assist (FCA) that is able to detect pedestrians. The KIA XCeed PHEV is heavier than other versions and you will notice this additional 200-300kg weight if you take a dynamic route. As a car the PHEV is not intimidating to use and buyers need never worry about the technical side of hybrid driving. While this will appeal to mainstream drivers there is a cohort of PHEV and EV enthusiasts who may be frustrated by little nerdy niggles. 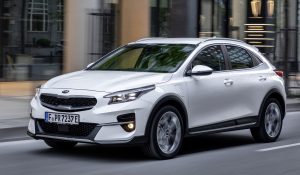 KIA XCeed pricing starts at €26,345. The XCeed PHEV comes in one well equipped grade and is priced at €28,945 (net of incentives and grants). KIA has succeeded in making the XCeed PHEV user friendly and it certainly won’t intimidate drivers who are new to plug-in hybrid electric vehicles.