Trending
You are at:Home»Reviews»Land Rover Defender review
By Michael Sheridan on 02/10/2020 Reviews 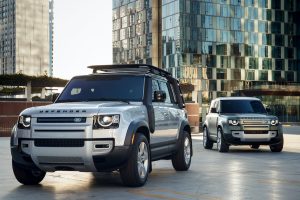 The iconic Defender is dead long live the Defender. Land Rover has completely redesigned its workhorse vehicle for the 21st century and we’re testing it this week.

The all wheel drive Defender can still go places many will seldom go – just look at its short overhangs and high stance. In every other sense the new ‘Landy’ is unrecognisable from the 1948 original that was simply called the Land Rover. 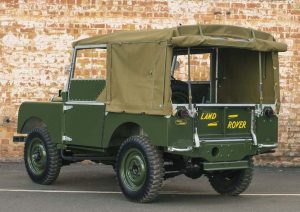 Inspired by the famed WWII Jeep the Landy featured a sturdy agricultural ladder chassis with alluminium bodywork bolted on to it. The ‘Defender’ as it was later renamed went out of production at the end of 2015 after 67 years. This year a new Defender built using a monocoque body was born and now underpins a three door short wheelbase ’90’ (inch) and long wheelbase five door 110 (‘one-ten’). 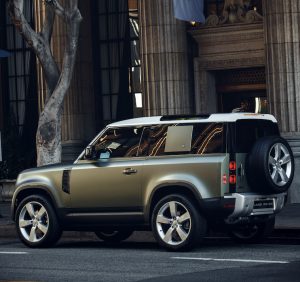 The design brief of the original was simple and this led to Maurice Wilks penning a basic yet wonderful four wheel drive machine. I’ve been lucky enough to has driven every generation of Landy in a variety of guises over the years and all bar none were utterly uncomfortable to drive. Its flimsy tinny doors would squeeze against your shoulder, the driver’s seat travel was laughable as it never went far enough back. In the pre power steering days being ridiculously close to the wheel was necessary to guide the less than precise driving machine around obstacles but totally unacceptable today – and as for creature comforts – forget about it! That said, any task or terrain you asked it to cross the Landy would oblige. I still recall traversing a shoulder deep river at night time with a bow wave rising above the Defender’s bonnet – at the time creature comforts were the least of my worries. The Landy has always been crap and brilliant at the same time and this is the glorious contradiction with the iconic Defender. It is believed that 75% of the 2m Landys built are still active and in use.

The new Defender unlike the original is not a car that a basic toolkit will fix. Its sculpted beefy body hints to the original Defender but this Defender will never see an owner happily repair it with a sledge hammer. Our test car is an automatic 110 Defender 240S that rides on air suspension; it is utterly comfortable. The Defender features a host of driver convenience and safety aids that weren’t even conceived in science fiction back in the day when the mark 1 Landy was born. Another thing about the new Defender that would have been unimaginable is its asking price. Our five door 110 240 ’S’ model has a starting price of €81,720. If you choose an X model you can pay from €125,645 (90) – €130,445 (110). Passenger Defender models starts from €59,410 for the three door Defender 90. The five door Defender 110 starts from €68,160. Defender, S, SE, HSE and X are the grades. A value 110 First Edition is priced at €96,480. A host of additional packs and options are available including a roof tent and the very odd looking exterior saddle bag stowage boxes. 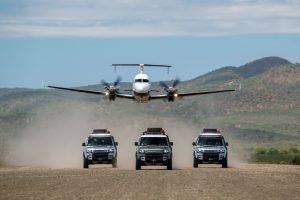 The exterior features bulging wheel arches and some faux off road styling treatments that slightly irked me – I understand the reasoning with urban SUVs but a Defender should always be honest with function defining form and not the other way round. The spare wheel sits on the tailgate that is an actual gate that opens from kerbside outwards. the boot is big but you can also get the Defender with two additional seats making it a 5+2. The options list is where you can have a lot of fun making the car more ‘Armageddon proof’. 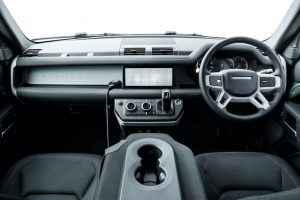 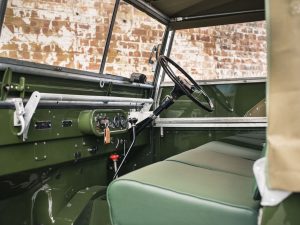 Inside there is seating for five and up front you have to read the embossed DEFENDER name on the passenger’s side of the dash to confirm this is a Defender – there is so much cabin space and technology!!! Touch screens and dual function backlit buttons are a far cry from the stubby lever you had to pull to open a flap to let in fresh air! Defender has all the mod cons you’d expect in a Range Rover and the latest generation JLR Pivi Pro connectivity. 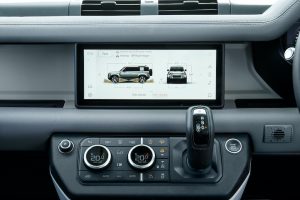 Getting in requires a bit of a ‘hoosh’ and I wished for an A pillar grab handle. For those less mobile a side step/running board would help. Air suspension is standard on the 110S with only entry models getting steel springs and dampers. ‘Access height’ is the lowest setting; normal and off road add more ground clearance. Inside the boot area you can select the rear suspension’s height via a couple of buttons to assist loading or hitching up a trailer. 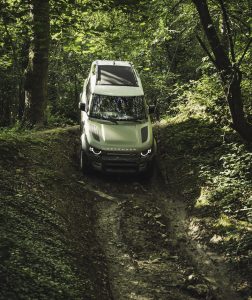 A number of electronic drive modes can be selected to suit whatever terrain the Earth may throw at the seriously capable Defender. On road the default is comfort and the Defender is like a feather bed next to all previous incarnations. Only cornering will remind you the Defender is a pure off roader as it delivers a lot of body roll through its long travel suspension. Our 240S delivers 240hp from its 2-litre diesel engine. The entry diesel is the SD4 with 200hp. A mild hybrid P300 four cylinder petrol pushes out 300hp and the P400 (400hp) features a 3-litre, six cylinder petrol model is available too. The car can shift long nicely and is great on then motorway too. Its is thirsty though as we averaged 9.7 litres per 100 kilometres (29mpg). Emissions are high too and privately taxed attracts a fee of €1,200. A PHEV plug in hybrid version has just been announced and this version will ease city users and those worried about emissions. 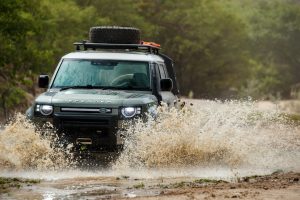 Off road ability is a given with any Defender. The 110’s all wheel drive system features a high and low range transfer box via an 8-speed automatic gearbox, adaptive dynamics, terrain response, hill launch assist, DSC, low traction launch, ETC, RSC (roll control), HDC (hill descent), brake hold – all as standard. An electronic active differential is fitted to the X model along with Terrain response 2 and ATPC (all terrain progress control). 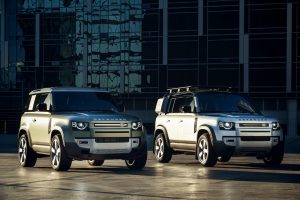 Big SUVs often make easy targets for anti car campaigners but new Defender is packed with safety and driving aids that make occupants and other road users safer than ever before. Some of the highlights include: Emergency braking, 3D surround cameras, Driver control monitor, lane keeping assist, 360 degree parking aid, traffic sign recognition and adaptive speed limiter, blind spot assist, clear exit monitor, rear traffic monitor and a Driver assist pack. Ultimately it is the driver and not the vehicle that decides how safe a car is but the new Defender is a quantum leap forward for the genre. 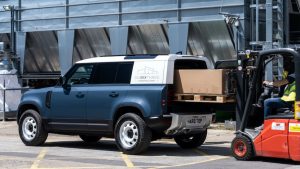 The new Defender is available as a commercial vehicle (€333 motor tax) and in this form makes particular sense while also being truer to its origins. Gotta love those steel wheels too! 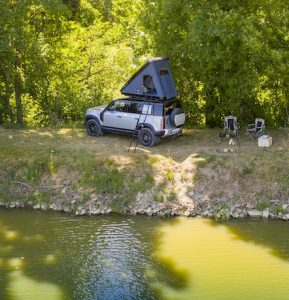 Will this vastly improved Defender become an icon like its predecessors? No. You may as well compare chalk and cheese. We loved it and only had one niggle that concerned its brakes. They were strong but a little graby and this made low speed braking noticeable.

The new Land Rover Defender is simply a very impressive and capable 4X4.