Trending
You are at:Home»Reviews»Lexus ES300h review
By Michael Sheridan on 22/11/2019 Reviews 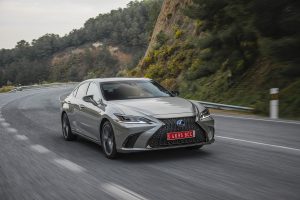 The GS replacement from Lexus is a handsome business cruiser, especially in F Sport trim. The ES or ‘Executive Sedan’ is a rival for the BMW 5 Series, Mercedes-Benz E Class and Audi A6 to name just three – but now that it is front wheel drive should yourself a few quid and buy a Toyota Camry instead for 10 grand less? 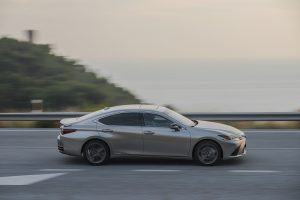 Distinctive and full of detail the ES has an imposing exterior, which is the car’s best attribute. The ES is longer than the Camry at 4975mm (4885mm), its even longer than a Volvo S90 (+12mm). The Lexus ES it is 25mm wider than a Camry too at 1865mm and is exactly the same height at 1445mm, which is very low in its class. The ES has a great stance and makes rivals look quite conservative.

Inside the quality is great, there’s even hand stitching and the seating excellent – it is really comfy. Other occupants can even move the passenger seat via buttons on cabin side of the seat back. Look closer at the surface materials however and you can find where money has been saved with some hard plastics. Sadly the interface with secondary controls is a bit of a mess. Logic is thrown out the window and various controls and buttons are not where they should be. Just try finding the parking brake and you are reminded that this car is built primarily for the United States and other markets. 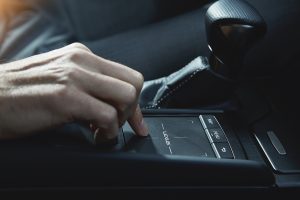 In terms of dash layout and ergonomics what Lexus has done with the ES is the polar opposite to what Audi is doing. The infotainment system is terrible to interact with and annoyed me no end. For long term users the system can be mastered but it is far from intuitive. The Mark Levinson sound system is fantastic and the car is ultra comfortable. There are lots of cubby and plenty of USBs. There is good legroom in the back but head room is tight. Surprisingly the boot with its high sill is small in the ES at 454 litres compared to Camry’s 524. The rear seat backs don’t fold down either although there is a ski hatch. ADAS systems are good e.g. the emergency braking system can detect small people. 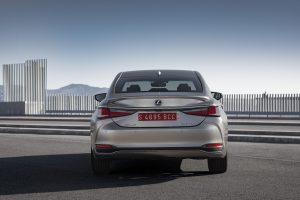 Under the bonnet sits Toyota’s 2.5 litre petrol hybrid powertrain driving the front wheels through a e-CVT automatic gearbox. The engine is a masterpiece and very efficient but sadly the gearbox is less of a joy. The combined power output of ES is the same as Camry at 218hp albeit the ES is slightly slower from 0-100km. Yes the e-CVT whines when driving through its six faux gears with any sort of enthusiasm, but the car does cruise along nicely. On the road the cabin is quiet especially at city speeds thanks to loads of sound insulation. Is it more fun to drive than its German rivals? No, at 1.7 tonnes its a weighty enough front wheel drive car but revisions to the suspension with a new multi-link rear set up help add a touch of sophistication. Stopping the ES smoothly is a learned skill and again draws attention to the car’s shortcomings. 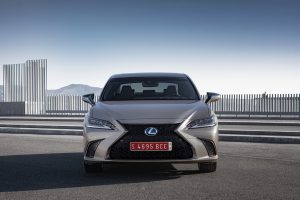