Trending
You are at:Home»Reviews»Mitsubishi Eclipse Cross review
By Michael Sheridan on 03/04/2018 Reviews 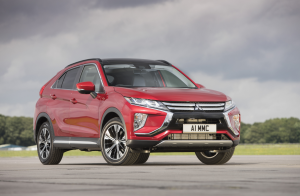 Mitsubishi is a tiny player in the Irish new car market. While the L200 pick up and Pajero SUV are legends, the Japanese firm’s glory days of car production are a distant memory. Mitsubishi Motor Company with the death of the Lancer says it intends to concentrate on the growing C SUV sector and that’s fair enough. Buyers at present can’t get enough of the motoring trend. The new Eclipse Cross is clearly aiming for the family car buyer with its crossover styling. The sector is red hot with competition from Qashqai and Tucson to name just two… so is it any good? 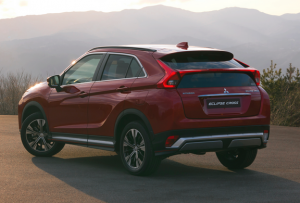 The considered exterior is designed by the same man who gave us the Nissan Juke Tsunehiro Kunimoto. The car is smart looking and features some subtle touches like the bubble roof and full-length doors that help keep legs free of dirt when getting in and out after all that off roading (cough). The front looks sharp while the side on view is fairly conventional, but it is the rear that splits opinion, literally. The tailgate is an interesting design that improves rear visibility but looks odd, not wrong, but odd. It is as if a Honda CRV and Toyota Prius had a fling. 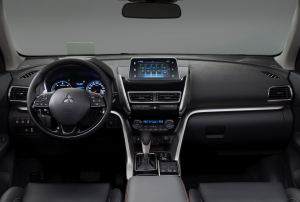 Inside the big comfortable cabin the clichéd nasty black plastic finish you’d expect from Mitsubishi’s of old has been almost eliminated. There is still a lot of black but the layout is smart. There is even a Lexus-like touchpad controller (aka click pad) to impress passengers and occasionally frustrate you as you interact with secondary controls and mess with setting for the radio etc.My well equipped test car had a twin sunroof that let light flood in with the blinds retracted. Features like adaptive cruise control, heated front seats, Apple CarPlay/Android Auto phone connectivity and lane departure warning are available. There is even a pop-up head up display available to help keep driver’s eyes on the road and informed. 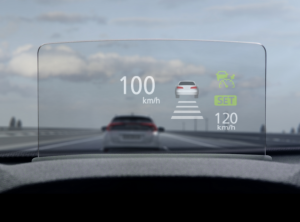 Mitsubishi has an ace up its sleeve with a new and powerful 163hp/250nm 1.5 litre 4B40 petrol engine that debuts in the Eclipse Cross. This is the car’s major plus point over rivals that in the main are under powered in comparison. The four-cylinder turbo charged unit is lively when provoked. Drivers can quite easily spin up an unweighted wheel if the surface is damp or the tyres are cold. 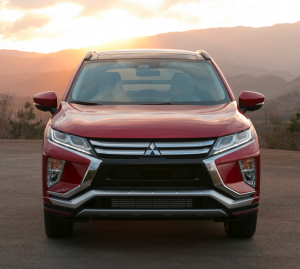 The ride is comfortable and a little soft, which is nice for about town but not the best for spirited driving as the car’s suspension will load up quickly when cornering hard. With the growing swing back to the less oily fuel petrol power will represent the vast bulk of Eclipse Cross sales. Manual and CVT auto gearboxes are available and both fall into the same tax band with 151g & 154g CO/2 emissions (€390). At the car’s launch event in Spain a few months back I found the CVT perfect for town use. Yes, it can sound a little droney (as with all CVTs) but it made the car that bit more effortless to use – it even has paddle shifters for when you want to feel more in control. The manual is standard and cheaper too so it will be the more popular choice but surprisingly it is not quicker than the auto. Oddly the manual gets a conventional handbrake while the CVT gets an electronic one. A 2.2 litre diesel from the Outlander with all wheel drive and an 8 speed automatic gearbox will be available but unlikely to sell in any great numbers. The all wheel drive S-AWC system (super all wheel control) has three modes: snow, gravel and auto that is the default setting. 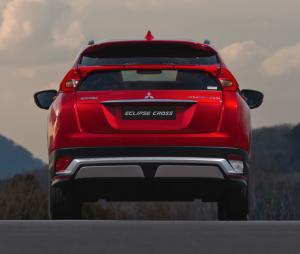 The resurrected Eclipse name last featured on the little coupe built between 1989 and 2011. The Eclipse was never sold here but reached cult status thanks to the Fast & the Furious movie franchise. The late Paul Walker drove a lime green Eclipse and while the new Eclipse Cross is a far cry from Walker’s – funnily enough it will be bought by drivers who grew up with the franchise that now find themselves with families and the need to be sensible.

Mitsubishi is on the move and recently became the newest member of the ever growing Renault Nissan alliance. In time synergy will help return the brand to greatness in this part of the world – it is still revered in Asia. The Eclipse Cross is pointing the way to a more highly styled future and there’s even an electrified version in development. Invite, intense and instyle are the trim grades available. Seven airbags are standard as is forward collision mitigation auto braking and more. 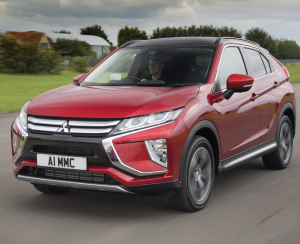 The Mitsubishi Eclipse Cross ticks a lot of boxes. It is nippy and spacious and while it is not the best in class still swims safely in the middle of the swelling sea of crossovers.