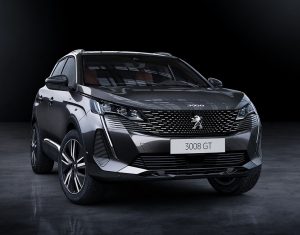 We attended the press conference today of the two popular models and instantly got caught up in the French firm’s passion for its products. The PSA Group’s key brand delights in the progress it has made towards being perceived as a ‘premium’ mainstream brand. Mid-life-cycle facelifts are limited in what they deliver as the firm wants to spend as little as possible freshening up the model but yet make enough of an impact to keep the car to the foremost of buyers thoughts. So what has Peugeot done with the French built sister cars the 3008 and 5008? Smarter front ends that are incredibly stylish feature new grilles and lights.
Peugeot said the sector is so competitive it had to improve styling further to maintain its appeal. 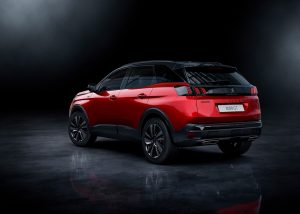 The rear gets new LED lighting also. In the cabin the dash is refreshed with new materials including wood panel options. The already impressive dash and i-Cockpit layout gets more high tech. A new 10 inch centre screen is available and the drivers display has been made more readable too using screens with ‘always black’ technology. Night Vision features for the first time (from the new 508). 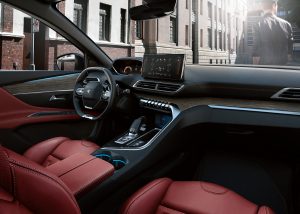 The 5008 gets all the new interior bits as per the 3008 plus retracting, easily removable third row seats. The ride has been tweaked too. Level 2 semi autonomous driving is now available for the first time and it sits alongside other ADAS systems – including the next generation of emergency braking.

Petrol, diesel and PHEV power train options are available with both models. The 3008 only plug in hybrid PHEV comes in two forms: a two wheel drive Hybrid with a combined power output of 225hp and all wheel drive Hybrid4 with 300hp. The rearview mirror has a small LED blue light that signals it is running in zero emissions to those outside the vehicle. The 5008’s seven seat configuration cannot take the PHEV system but will feature in the next generation. 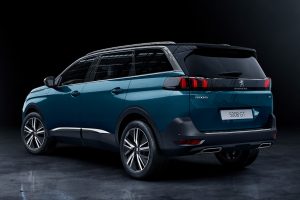 Now smarter looking and with more tech the new 3008 and 5008 will continue to be highly desirable models.