Trending
You are at:Home»Reviews»Opel Grandland X Hybrid4 review
By Michael Sheridan on 06/02/2020 Reviews 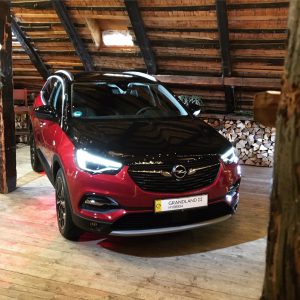 We’ve put the new Opel Grandland X Hybrid4 through its paces in the Black Forrest in Germany. Opel’s first plug in hybrid is the most powerful Grandland X you can buy with a combined output from its 1.6 litre turbocharged petrol engine and two electric motors of 300hp. 0-100kmh takes 6.1 seconds. The more impressive figure generated is the 520nm of pulling power… from an Opel! 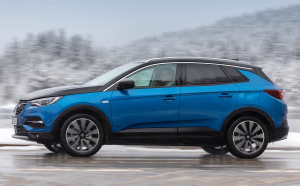 Our test cars were on winter tyres and on mostly dry cold tarmac in 3-7 degrees temperatures we did squelch around a bit as we pushed the car on. The Hybrid4 is pretty rapid when provoked. The Hybrid4 is a sister car to its PSA’s stablemate Peugeot 3008 hybrid and all of the bits and pieces underneath are identical. The ‘4’ in its name gives you a clue its has all wheel drive capability. A cheaper front wheel drive version, not surprisingly called Hybrid, is coming in a few months with pricing net of incentives at €36,645. It loses the rear motor and its power output drops a bit but at 224hp it is still very powerful for a compact five seat SUV. 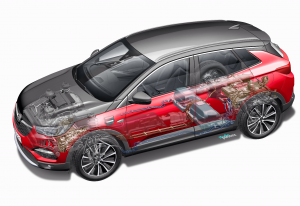 Electric only driving range is 59km for the AWD and 57km for the FWD. Hybrid4’s rear motor drives the car in EV zero emissions mode up to 80km when the front motor joins in or the petrol engine as well if more power is needed. The electric only top speed is 135kmh and we experienced that on the autobahn. Top speed overall is 235km/h and we cruised at circa 200kmh will little effort needed. 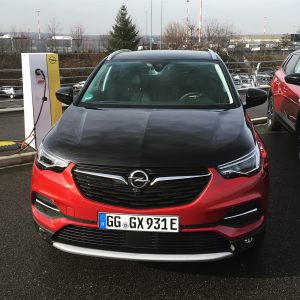 The rechargeable battery that powers the electric motors has a 13.2kWh capacity. It can take anything from a sub 8 hour overnight charge on a three in plug to 4 hours on an EV home charge point. If you upgrade the Grandland hybrids on board charger to a higher capacity 7.5 kW it is possible to fully charge the battery in 1 hour 50 minutes at a public charger or higher capacity home EV charger. The battery pack is under the rear seats. The hybrid’s boot holds a modest 390 litres due to hybrid bits being housed under the boot floor (514 litres). 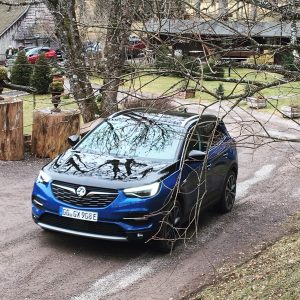 On the road there are four driving modes to choose from Hybrid, Electric, Sport and AWD. The all wheel drive set up is not the purest but will provide traction when needed on poor surfaces. Sport mode dials up performance and let’s you effortlessly monster along with fast autobahn traffic. Hybrid mode sorts itself out and you just have to use the accelerator pedal or brake or occasionally the 8-speed autos gear lever in the ‘B’ position to add some additional regenerative braking to slow you down. Electric mode is whisper quite and the car will start in the mode by default unless the exhaust gets too cool to effectively burn off emissions when the petrol engine kicks in. 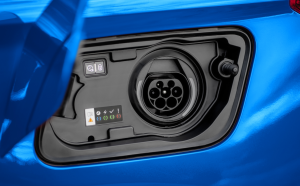 Plug in hybrids make a lot of sense but remain expensive. They deliver EV driving that covers most short trips yet have the added back up of a petrol engine for longer runs and in some cases to charge up the battery for SE later in a journey in say a zero emissions zone in a city. Sadly Opel’s first hybrid the Hybrid4 is expensive at €55 grand (before the €7,500 incentives are discounted). The front wheel drive hybrid version is more affordable but still a hell of a lot more expensive than the 29 grand entry 1.2 litre Grandland X. Emissions and fuel consumption are both low: 1.5-1.6l/100km (NEDC), emissions of 34-36g/km (NEDC). 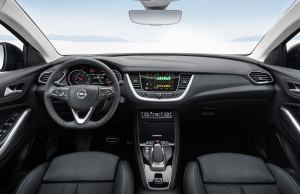 The Hybrid4 comes in the top grade Elite trim so you get the kitchen sink as standard. There are lost of ADAS safety aids too. PSA’s ‘free2move’ mobility brand Is on board to make charging more convenient with access to 125,000 charging points in Europe. The ‘myopel’ app lets you do a few things remotely too like see the state of charge of the car, access to its climate control to pre-condition the interior temperature. The Opel connect service is standard and it facilitates live navigation with real time traffic information. Apple CarPlay and Android Auto feature too. the battery comes with an 8 year 160,000km warranty and a nice touch is the ability to get a battery health Cert from your Opel dealer to help you sell the car on. 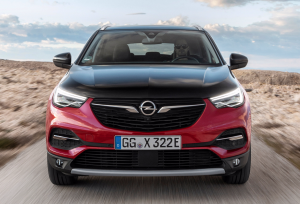 We loved the power and the technology but the Grandland X Hybrid4 is too expensive at €47,415 net of grants – and dare I say it a little too dull next to the 3008 equivalent.