Trending
You are at:Home»Features»Opel Multi-Fuel Mokka launch
By Michael Sheridan on 22/09/2020 Features, News 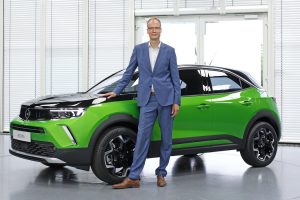 Michael Lohscheller and the Opel Mokka-e

The new generation Opel Mokka has been launched online today. We went virtually to Germany to see the PSA Group owned firm’s take on Peugeot’s sister car the 2008. 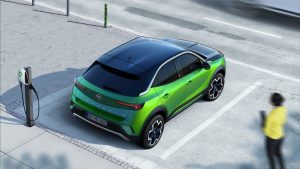 From the get go the Mokka will be available as a multi fuel model. The Mokka-e is the all electric version and this will be an exciting version that will attract a lot of attention. 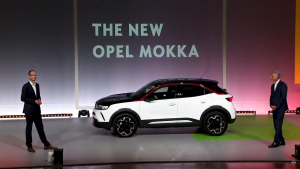 Designer Mark Adams has used the mantra ‘bold and pure and reduced to the essentials’ and claims the Mokka’s proportions are perfect. The original Opel Manta’s front end was used as inspiration for Mokka’s new Opel Visor. LED lighting is standard and this allowed very thin lighting units. A couple of body styling ‘looks’ can be selected. The new instrument panel ‘Opel Pure Panel’ is all digital – no analogue instruments feature but there are a few buttons retained. Visual and digital detox was another mantra used to help design the panel to keep things functional and, well, German! At up to 120kgs lighter the new Mokka is much stiffer and more aerodynamic too. 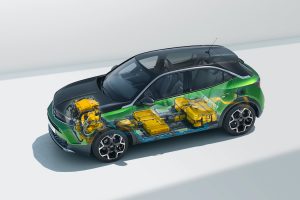 The electric Mokka is powered by a 136hp electric motor with 260nm of torque. The EV with its 50kWh battery (216 cells in 18 modules) has a WLTP range of 324km from a full charge. Fast charging is standard (CCS). At best the Mokka-e can be charge to 80% in 30 minutes. Petrol and diesel engines are also available and of course will be cheaper to buy. Fuel consumption is quoted at between 3.8-4.8 litres (NEDC).

The front axle has been re-worked on to ensure autobahn and urban driving characteristics are to Opel’s standard. Connectivity is up there with the best in class and the Mokka’s new dash layout should should really have a wow factor that for once will be comparable to Peugeot’s i-Cockpit. 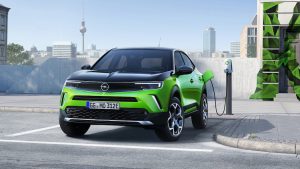 The Mokka looks exciting and interesting… we can’t wait to test it.