Trending
You are at:Home»Reviews»Peugeot 508 Hybrid review
By Michael Sheridan on 27/09/2020 Reviews 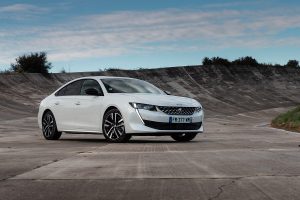 It is a given that the Peugeot 508 is a very handsome car. The classic car shape has being losing market share to the rise of SUVs but when you drive one you always end up asking why! We’re testing the tax band A1 (€170) 508 Hybrid, the greenest version yet. With a combined output of 225hp the Hybrid is powerful too yet is some 40% more fuel efficient than its combustion versions. 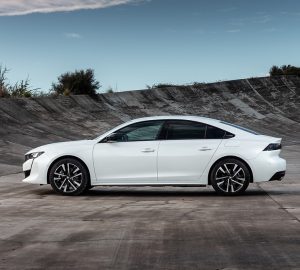 The 508 fastback saloon and 508 SW estate (150mm longer) now come with a PHEV plug in hybrid option. Our first 508 test drive will give you a lot of general info on the model: http://motorhub.ie/peugeot-508-review/
With an emissions figure of 29g CO/2 (30g SW) the 508 Hybrid is extremely efficient. Under the bonnet is a 180hp petrol engine and a 110hp electric motor. The motor gets its power from a 11.8kWh rechargeable battery pack that is positioned under the rear seats. The battery pack is roughly a quarter the size of ones used in electric car’s and it gets its power from being plugged in to an electric charge point (home or public). It can also get a charge from the usual on board methods: regenerative braking, using the ‘B’ position on the gear selector and by using the ‘e-SAVE’ function that lets you select an electric energy reserve of 10km, 20km or maximum. This function is ideal if you are driving to a zero or low emissions area and want to ensure you have sufficient electric only range when you get there. 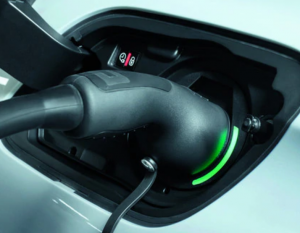 A full from empty battery charge at a 7kW home charger (Type 2 plug) takes circa 1h45m if you opt for the €390 7kW monophase on board charger upgrade. This quicker on board charger would make sense for a user who would do high mileage and use public chargers more frequently – other wise the standard charger is perfectly adequate for domestic overnight charging. You can also charge with a domestic three pin plug and this takes roughly 5 hours. In electric mode the car can drive up to 54km (52km SW) without the petrol engine. PHEVs really are the best stop gap to full EV motoring that as we all know is not quite ready for mass adoption. Fuel consumption is quoted at 1.3 litres per 100km or 217mpg! Of course to get this figure you have charge the battery and not just run the car as a petrol only machine. 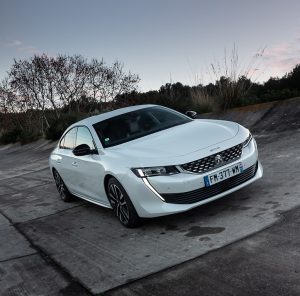 On the road the 508 Hybrid is a smooth drive. The new 8-speed automatic (e-EAT8) can run in electric only mode alone at speeds up to 135km/h. In truth the 508 as a car is so well insulated that you’d be hard pressed to hear whether the engine was running or not. Beside the gear selector there is a rocker button with three selectable drive modes: Sport, Hybrid, Comfort and Zero emissions. Sport harnesses the petrol engine and electric motor to deliver maximum power to the driven front wheels. Hybrid as the name implies uses a mix to deliver efficient motoring while Comfort mode… well its obviously the most relaxing way to use the car. Full electric driving can happen in all these modes depending on the battery level and the demand on power through the accelerator or cruise control. You can also select zero emissions electric only mode (battery power dependent). 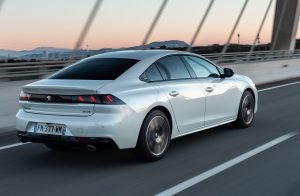 The Peugeot 508 is a stand out car in its class and deserving of the title Continental Irish Large Car of the Year 2020. The Hybrid version is the icing on the cake.