Trending
You are at:Home»Reviews»Renault Captur review
By Michael Sheridan on 19/04/2020 Reviews 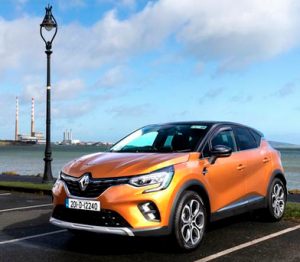 The second generation Captur grows in length, width and presence. Built on a new supermini platform that was designed to take conventional engines and hybrid power-trains, the Catpur is clearly evolving. Renault’s smallest and most affordable SUV/crossover has notions of grandeur – but are they deserved? 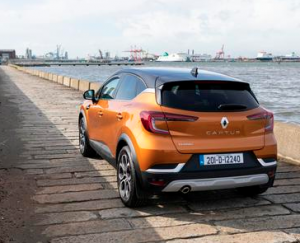 Renault’s design team has injected the compact five door with steroids rather than Botox and the result is a body with more bulges and creases than a Shar-Pei! This striking exterior makeover increases the car’s stance and moves the budget Renault more upmarket. The five seat cabin is overhauled too with greater space, improved materials and seats, plus a revised layout. With pricing starting from €21,995 – what’s not to like. It’s relatively cheap but that doesn’t mean safety has been compromised. New Captur is a five star Euro NCAP performer and gets a load of new ADAS features under the banner ‘Easy Drive’. These assist driving safety and ease of parking. Standard features include: E-Call, Lane Assist, Traffic Sign Recognition and AEBS. There is more as standard too such as LED headlights, sliding rear seats and climate control the most significant. The entry ‘Play’ model also gets: a 7” centre touch screen with smartphone mirroring and 17” alloy-look flex wheels. 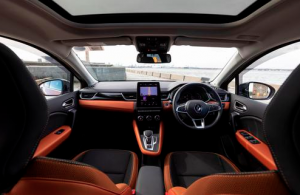 Inside the cabin is more airy than the 2013 original that dominated its class with over 10,000 sales. That car captured (sorry) the public’s imagination in Ireland and became a class leader very quickly. Buyers were drawn to the SUV styling built on a compact supermini platform. The Captur was always small but at least you sat tall and this made it feel more substantial than a Clio on which it is based. The new car is the same height but 110mm longer and 19mm wider. New Captur almost splits car class sizes and it could easily be found in a single car in a driveway. Inside you instantly sense the improvement in the build quality and materials used – in many cases class leading. The new dash with nice soft touch elements follows on from the Renault Clio and the centre ‘floating console’ housing the gear shift is particularly smart for the class. 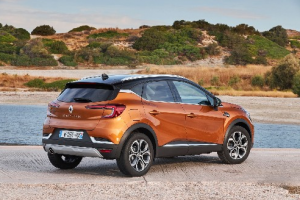 On the road the Captur is an urban machine built for smooth roads. The original was never a driver’s car and in fairness was never meant to be! Any form of dynamic driving will be resisted and you’re best advised to go at the car’s pace. You sit tall in the Captur and have a good view of the road and surroundings. Those over six foot will find the high seating position and relatively low roof annoying but for everyone else the car does what its says on the tin. 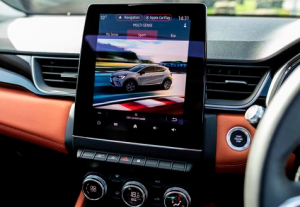 The grades are Play, Iconic and the range topping S-Edition with its leather seats and folding mirrors. Under the bonnet there is a choice of power. Two dCi diesel engines are available: a 95hp manual or 115hp automatic. Diesel pricing starts at €23,995 for the 95hp Play (€25,645 Iconic €27645 S-Edition) and rises to €27,795 for the Play dCi 115 automatic (€29,445 Iconic €31,445). TCe petrol power offers three power outputs: 100hp, 130hp (auto) and 155hp EDC automatic. Renault’s first PHEV plug in hybrid features in the Captur and will have an electric only range of circa 45km (sadly not far enough to get the government’s PHEV grant). Its emissions are sub 40g CO2. 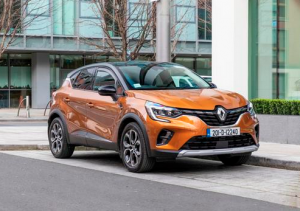 Even though it is in the small car class the Renault Captur looks the part and has great road presence. This styling is a bonus and will ensure Captur’s continued success in Ireland.