Trending
You are at:Home»Reviews»Renault Kadjar review
By Michael Sheridan on 14/01/2019 Reviews 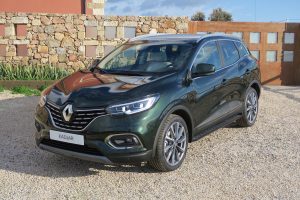 The Renault Kadjar has sold in excess of 450,000 units since its launch in 2015. The sister car of the big selling Qashqai from alliance partner Nissan has been given a mid life cycle makeover. Renault says design is the primary consideration for buyers of its five seat SUV and the Laurens van den Acker styled machine receives just a few tweaks. 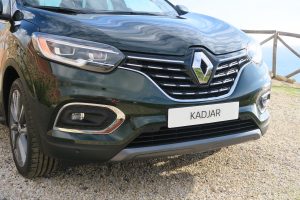 No expensive or radical changes have been made and to the naked eye the exterior alterations are modest. There is a new grille, bumpers and its lights get an overhaul. Inside is smartened up with a new flush center display that features the same touch screen but in a far more appealing housing. The climate controls have been made over and look more premium also. The More significant revision is the engine range that now meets stricter emissions regulations. The Euro6 compliant engines have been tested under the new WLTP regime unlike the original’s. Overall emissions and fuel consumption figures are down and power is slightly up. 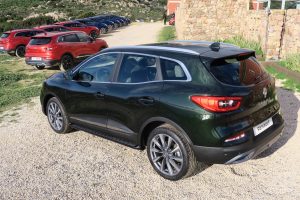 A closer look at the exterior and it’s the new bumpers front and rear that stand out. Depending on grade they also feature that also get a greater painted area plus there is better use made of chrome inserts. The Renault grille gets a more sophisticated design. Three new colours star: Oural green is a nice deep dark metallic that looks great but green is not a traditionally loved colour in Ireland. Iron blue Looks very sharp and Highland Grey is perhaps the least exciting shade. Renault is getting in the Christmas spirit as it says LED it snow… Sorry! The French brand has thrown the energy efficient light source at the revised Kadjar with standard fit LED daytime running lights. On the level three grade and higher LEDs are more widely used. The C shaped light signature is carried over, LED indicators are now integrated, new rectangular LED fog lights and LED Pure Vision technology is also available. Rear illuminations are refreshed too. The new Kadjar also gets puddle lights on the range topping GT Line. 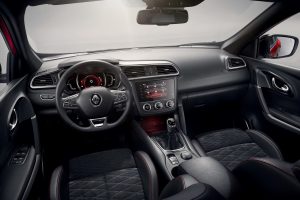 Inside the five seat cabin the dash looks smarter thanks to the flush seven inch touch screen that is a key part of the R-LINK 2 system. Back lighting is now used to greater degree with switchgear and makes it easier to interact with. The door mirror controls and one-touch window controls are now on a a single backlit panel. The door bin is altered to now take a 1.5 litre water bottle. Taking a leaf Gallic rival Citroen’s book the Kadjar gets more comfy seats with improved double density foam filling. Rear seat passengers get new centre console mounted air vents. The seat length has been increased also and gives better long distance support. Standard with GT Line are two new USB points for rear seat passengers. The Kadjar is a family car and is flexible When it comes to carrying cargo. Dimensions remain the same as the 2015 car with the boot holding 527 litres. The rear seats fold flat via the ‘easy break’ handles in the luggage bay. The front seat can fold flat to allow 2.5 metre long loads. 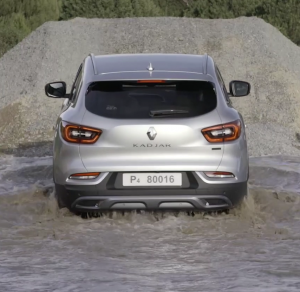 The original Kadjar offered quite a few driving/driver aids and the amount as standard is grade dependent. Lane departure warning, emergency city brake (AEBS) and blind spot monitoring are key safety aids available. On the comfort side hands free auto parking is available. New ‘over-speed prevention’ matches the cars speed to the indicated street speed signs and GPS speed information to prevent speeding. For example if you were approaching a static speed camera that was mapped the car would intervene and slow you down to the speed limit if necessary.

The Kadjar now gets an engine we’re familiar with from the Scenic. The four cylinder 1.33 litre petrol TCe, co developed with Daimler, is also used in the Captur and Mégane. A gas particulate filter (GPF) is used to reduce emissions. The TCe is available in two power outputs of 140hp/240nm or 160hp/270nm, both come with a choice of manual or automatic EDC transmission. Cleaned up diesels with an over boost function feature under the Blue dCi moniker. Entry diesel power features 115hp (FWD) and will be a popular choice in Ireland. A 150hp diesel will top the range for now and comes in two or four wheel drive. EDC automatic diesels will come later. The all wheel drive system in the Kadjar is Nissan’s and operated via a thumb wheel dial. The Kadjar AWD has a 200mm ground clearance and good departure and approach angles of 25° and 17° respectfully. The system features three modes: 2WD, auto where the car decides on the axle split depending on each wheel’s grip (up to 50/50) and finally AWD ‘lock’. This mode engages the center differential to deliver a set 50/50 power distribution between front and rear axles. 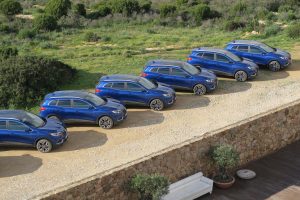 On the road the Kadjar is set up for comfort. The 19 inch alloys on our range topper were shod with sporty Michelin tyres and while the rubber picked up imperfections in the road surface the suspension travel compensated. While road testing TCE models in front wheel drive 140hp manual and 160hp automatic form on the island of Sardinia we ventured off road and on to tracks mountain goats would call home. The car acquitted itself well but our big wheeled cars were a little jarring. On tarmac the Kadjar drove like its rivals with a cushioned ride quality. The 160hp was most eager to please and could make swift progress, but both petrols wallowed when cornering at pace. 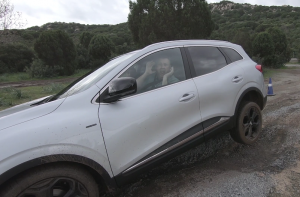 We also got the chance to do a bit more focused off roading on a specially designed course. We swapped in to 4WD manual diesel with 150hp/340nm to tackle the muck and gradients offered. We turned off ESC and engaged 4WD Lock. The road tyres gripped well and delivered good traction. The four wheel drive lock setting splits the engine’s drive evenly between the front and rear axles. We did some shallow water wading, traversed mucky tracks, rode up side slopes and did a bit of axle articulation and climbed a ramp or two, all with ease. 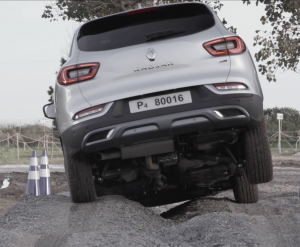 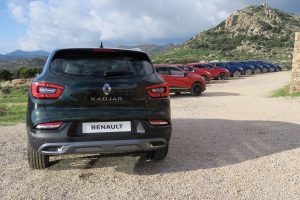 In 2015 the Kadjar had 25 SUVs to compete with but now there are 40. Renault says the Kadjar has nine key competitors at present: Nissan Qashqai, Opel Mokka, VW Tiguan, Peugeot 3008, Hyundai Tucson, Citroen C5 Aircross, Kia Sportage, Toyota C-HR and Ford Kuga. Is it the best in that company? No, but it slots solidly in the middle ground.