Trending
You are at:Home»Reviews»Skoda Karoq review
By Michael Sheridan on 16/10/2017 Reviews 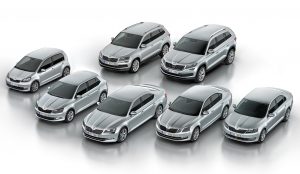 It seems Skoda can do no wrong at the moment. The Volkswagen group brand is riding on the crest of a wave with an impressive line up of cars. We went to Sicily to test the new Skoda Karoq, its Tucson/Qashqai rival, to see if the baby Kodiaq can rival the big guns.

The Karoq looks nothing like the Yeti it replaces and pretty much like a 75% scaled down Kodaiq. It is an instantly likeable and familiar machine may lack the cool styling of Toyota’s C-HR but it still looks sharp and smart. The Bohemian crystal design influence, that the Czech firm is famous for, is present. The brand’s own exterior family styling helps the car blend in with the current line up of Skodas. Part of me wants to shed a tear for the quirky and distinctive Yeti, but hey, time moves on.

The Karoq appears compact on the outside but is deceptively big inside. The cabin is airy and well appointed. There are new colours, interior trims and materials too to help excite existing Yeti owners. There is new high tech too, like the option of wireless phone charging or an Audi-like digital dash display, that while impressive, is a little indulgent in this non premium sector.

There is even a heated rear seats option with the new Karoq, plus a host of new driving aids. The boot can hold 521 litres and with the rear seats down – it is like a van. A space saver spare wheel is standard too, but the big interior news is the option of sliding and removable rear Vario-Flex seats. You can remove any or all three seats if you need more cargo area. Many might buyers might prefer to remove just the centre seat. This allows you slide the outer two seats inward a little to make the Karoq more like a four-seat limo as the rear seat passengers get that extra bit of separation.

The Karoq is built on the same VW MQB1 platform as SEAT’s Ateca – a car we like a lot at Motorhub. The track is wider than an Octavia but Karoq’s wheelbase is shorter than the popular family car. The suspension has been reworked to deliver a ride quality that Skoda can be proud of. The driving position is good as is all round visibility. The manual and optional DSG automatic gearboxes work well, although my preference would be for the DSG (automated manual) for an easier life.

Petrol and diesel engines feature. Petrol power comes from two impressive units. The entry point 1 litre pushes out a healthy 116hp, while the 1.5 litre pushes out a sporty 150hp. Both petrol engines are the surprising stars of the range. There is, of course, a 1.6 TDI 116hp entry diesel and a 150hp 2 litre diesel (a 186hp 2 litre range topper is available in some markets). If you want a 4X4 drive train you have to buy the 150hp diesel. The diesels are, as you’d expect, are strong pullers and if you tow the 2 litre is ‘yer only man’. The 1 litre petrol is a three cylnder unit that we are familiar with in other Skodas and cars in the VW group. It is eager and has no trouble powering the five seat crossover in relative quiet. Yes there is a three pot rumble at times but it is pleasant rather than nasty. The 1.5 is lively and quite sporty. I found it easy to drive with enthusiasm on the near lawless roads of Sicily. The default driving style on the Italian island, of some 5 million, is dodgy to say the least. Put it this way, its drivers make Roman drivers look law abiding! 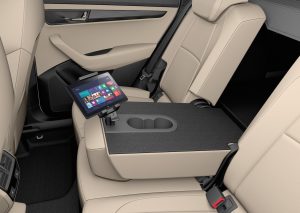 Skoda Ireland is bringing in a well equipped Karoq as its entry point. The standard car is really a level 2 grade when compared to rivals. Skoda Ireland’s Cathal Kealy told me that in reality the majority of Skoda customers go for a level 2 car – so why bother bringing in a lower grade car when nobody really wants it. That’s a fair point, but the firm will lose out on a headline price point as the new machine starts at a serious €27,715 – the entry level Seat Ateca starts at €25,120. Skoda Karoq diesel power starts at €31,765. The 1.5 petrol starts from €29,165 and for Ireland the 150hp diesel starts at €35,765 (the only version with 4X4). DSG costs two grand more. Ambition and Style are the trim grades in Ireland. A sportline version may appear in the future and possibly, only possibly, a hot RS.

Skoda is confident that the Karoq will have a smoother delivery to the market than its bigger sibling the Kodiaq. Skoda’s large SUV took the firm by surprise, being a huge sales hit and a big headache at the same time for Skoda Ireland. Skoda simply couldn’t build the five door quickly enough to meet demand. This left Irish customers who had placed orders frustrated. It also put off some potential buyers. We’re assured by the Czech brand that Karoq supply will meet demand. Skoda Ireland expects to grow significantly on Yeti sales with 1,000 Karoqs expected to find homes in 2018.

The Skoda Karoq is a very good machine.