Trending
You are at:Home»Reviews»Subaru XV review
By Michael Sheridan on 14/06/2018 Reviews 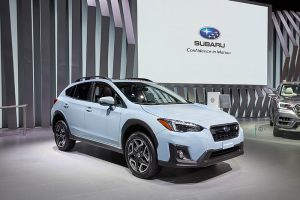 The Japanese firm’s legendary symmetrical all wheel drive system is highly regarded but in the current climate is there a genuine demand for a compact 4X4? So many customers are following a fashion and buying ‘a look’ more than seeking actual off road ability. The new XV is expensive starting from €33,495 and would be cheaper considerably cheaper if a two wheel drive version was available. So the XV will never be more than a niche seller, but can it deliver some of Subaru’s coolness that is built on its rich history with the legendary Forester and Imprezas of old? Quite probably. 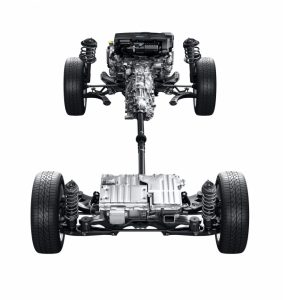 Subaru’s famous flat four ‘boxer’ engine range features with XV and all 1.6 and 2 litre versions are now petrol powered. All XVs are automatics too and the box is a very smooth CVT ‘Lineartronic’. Power is delivered with a 60/40 front wheel bias (active torque split) but that can shift electronically as needed. Clearly this car is aimed at Subaru’s prime markets in Asia and the US where diesel simply isn’t on the radar plus no one drives a stick shift! The grades available in Ireland are called SE and Premium (18’s/leather seats/power driver’s seat/sat nav).

Outside the XV has the family’s styling with curves and angles that are interesting rather than stunning. The XV rides on Subaru’s new global platform that will feature in other new models going forward and represents a big step forward in terms of rigidity etc. 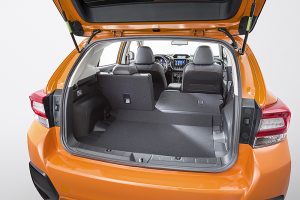 Inside, the cabin seats five and space is reasonably good when you consider the underfloor hides a four wheel drive set up. Despite the XV being longer than a Nissan Qahsqai the boot is relatively tiny and quite shallow too. Under XV’s boot floor there is an inflation/mobility kit. Plenty of plastic is visible in the busy dash area with some soft touch materials also present. Split centre display screens feed out a lot of info. Apple Carplay/Android Auto and Subaru’s own app connectivity makes the XV a well connected car. 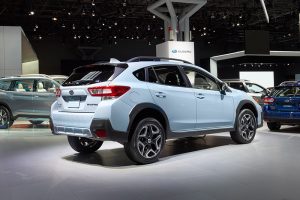 Should you need to stray off the beaten track the XV’s ground clearance is an impressive 220mm. Off the line the XV’s traction is impressive too and sure footed. Standard fit ‘X Mode’ is a button that when activated delivers improved off road ability. It interacts with the four wheel drive system, hill decent system, engine and transmission management plus assists with braking to aid navigating tough terrain. The XV scored a maximum five stars at Euro NCAP crash tests.

On tarmac XV drives well and is comfortable. Sadly the now petrol only engine range in Ireland means the XV will have limited appeal and ouch that asking price next to the big sellers in the class. The 1.6 litre with 114hp/150 won’t inspire enthusiastic driving either but the 2 litre’s extra poke does – with 156hp/196nm. My €35,495 2 litre (1995cc) SE test car delivered great urge and traction especially from a standing start. Should or when the weather gets bad that’s when all Subaru’s come in to their own and with the XV the Japanese firm is clearly saying it wants its customers to be as safe as houses and that is a very noble goal. 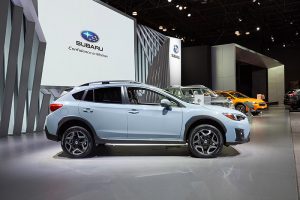 With the new XV Subaru has delivered an extremely safe and capable vehicle that will only enhance its almost cult-like following in Ireland.