Trending
You are at:Home»Reviews»Tesla Model 3 review
By Michael Sheridan on 03/05/2020 Reviews 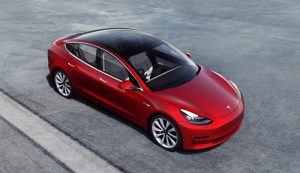 The Tesla Model3 has been a runaway success for the niche brand. The electric powered mid-sized premium saloon sits below the Model S and Model X SUV in the slowly expanding Tesla range. The most affordable Tesla has become a global success since its launch and was designed for the mass market. The $35,000 left hand drive car (US launch price) took an age to come to Ireland in RHD. When it did eventually arrived in 2019 its significantly higher price of €48,900 (31/05/2019 online order entry price) didn’t put buyers off. Deliveries began in October and now it’s a class leader. 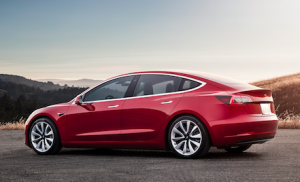 We’ve tested the Model 3 in a couple of power outputs at various times in the months prior to lockdown and were impressed enough to rate it very highly when we were judging Irish Car of the Year. So what is the 3’s appeal? In a nutshell it is quick, fun to drive and represents the cutting edge of the EV wave. The Models 3 looks better in the flesh and is quite a substantial car. A number of battery capacities are available and these deliver different maximum driving ranges and levels of performance. The quickest ‘Performance’ version is ridiculously rapid thanks to massive traction delivered by its dual motors. These send instant power to all four wheels to deliver giggle inducing acceleration (0-100km/h 3.4 seconds) – that’s supercar quick at a fraction of the cost – €61,990. Top speed is 261km/h and on a full charge it has a range of 530km. 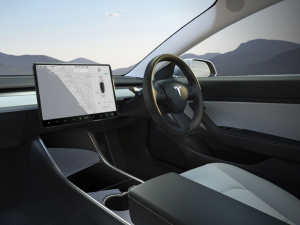 Inside the cabin could be described minimalistic – until the massive 15 inch centre touch screen display fires up – oh and it can literally fire up as there is a setting to display a burning log fire with the crackling audio sound too! The tech inside is familiar to other Teslas so the novelty of a few adjustable settings like farting indicators and ‘More Cowbell’ and the ‘Rainbow road’ do lose their charm over time but are none the less brilliant. A slim credit car electronic key is all you need to access the Model 3 and there is no start or stop button in the conventional sense. There is seating for five and a boot in the rear and a trunk up front too. Driving the 3 is effortless and very simple as the car is an EV and therefor automatic. It has one forward gear and one reverse gear. 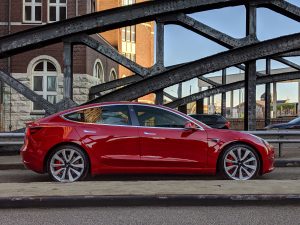 Dynamically the Model 3 surprises with sharp and fast steering that makes for a lot of fun on twisty routes. A little input goes a long way – making the car feel direct and connected to the driver. The key with Teslas is that you can also feel utterly disconnected if you want to also. The level of automation and autonomous driving is impressive although still limited as Ireland does not allow fully autonomous driving yet. If you press a few controls to set the car up to autonomously steer, brake and accelerate the car will use its array of cameras and sensors to avoid conflict with other road users. Sadly our Irish roads and other drivers don’t always do what they should and will make the autonomous driving experience less than smooth. We much preferred driving the car manually and found we could make smoother progress this way. 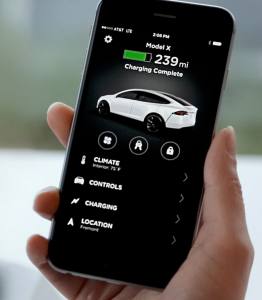 Teslas are connected cars and will download new software when it is available from the mother ship in California. You can switch on or off various beta version of things and levels of automation depending on how you want the car set but at all times you are aware that this car is built by a technology company. Early adopters love this stuff and will engaged in nerdy chats about the latest system updates and what their car is running but if you’re a bit of a luddite you can just use the car like a car. 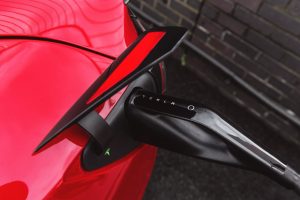 Pricing net of government grants makes the Model 3 a player in the premium executive class of cars. Buyers of the higher-equipped versions of cars like the BMW 3 Series, Mercedes-Benz C Class and Audi A4s are in the car’s sites but also their larger siblings the 5 Series, E Class and A6 to name just three brands. In crash tests the Model 3 scores highly with a 5 Star EuroNCAP rating. 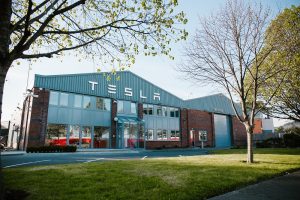 All Model 3 customers have pay-per-use access to Teslas’s exclusive global Supercharger network (500+ stations in Europe/4,700 chargers). European Model 3s have a built-in CCS (Combo) charge socket to access ‘fast charging’ networks. Tesla owns its own dealer network and the buying process is very much technology led. You can buy a car online and get it delivered or you can visit Tesla and get help specifying your car in the same way you would buy a mobile in a phone shop. March this year saw Tesla waive charges for home delivery and this helped the car climb to number two in the sales charts in Europe behind the VW Golf. This of course reflects lockdown and other firms slow reaction to online selling but Tesla’s growth is still impressive and this is down to the Model 3.

The Tesla Model 3 is an excellent car that has rivals rightly rattled.