Trending
You are at:Home»Features»The Virtual Motor Show
By Michael Sheridan on 03/03/2020 Features, News

Geneva 2020 the motor show that virtually happened!
A refreshingly easy motor show to navigate took place in the comfort of Motorhub Towers. Thanks to the dreaded lurgy the annual and quite frankly most significant motor show at Geneva was cancelled following a decision by the Swiss government to ban gatherings of over 1,000 people.

The car firms, who had spent millions on the show, had to turn around their transporters and dash to put their press conferences on line. So with a full coffee pot we tuned in to the various product launched at the press portal on line. Delivering their broadly similar messages of sustainability and electrification etc. on line were BMW, Mercedes-Benz, AMG, Skoda, Honda, Volkswagen, Bentley, McLaren, Audi, Porsche, Hyundai, Alpine, Woodier, Pininfarina, Morgan, Hispano Suiza, Toyota/Lexus, SEAT, Koenigsegg and Aston Martin Lagonda. 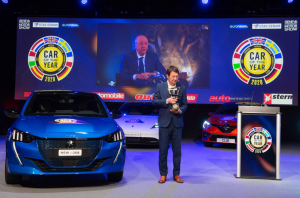 On Monday the Peugeot 208 was crowned Car of the Year 2020. This European award is well deserved as the multi fuel (petrol/diesel and electric) supermini is a great looking car. 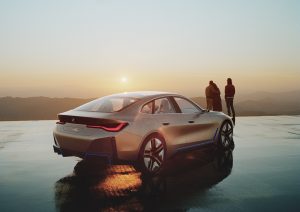 The BMW i4 Concept is a close to production electric vehicle that will rival the Tesla Model 3. The familiar BMW giant grille we’ve seen on previous coupe concepts has been further refined and to be kind will appeal to Asian tastes more than European. In China for example buyers love a huge identifiable grille. BMW boss Oliver Zipse presented the car from BMW’s Munich HQ but first praised the MINI Electric (it has close to 7,000 orders) and big upped the all electric BMW iX3. More PHEVs are on the way too as elctrification gets serious with 500,000 electrified vehicles on the road and this figure will be doubled by the end of 2021. 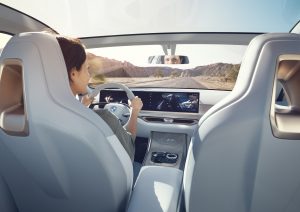 The four door grand tourer i4 Concept will have up to 530hp, 0-100km/h in 4 seconds and a range of up to 600km WLTP using its 80kWh battery. Fifth generation BMW battery technology is on board and there will be no rare earths used. Composer Hans Zimmer is working on creating new sounds for BMW electric cars as the soundscape is now a blank palette. BMW says it will meet 2020 and 2021 emissions targets. 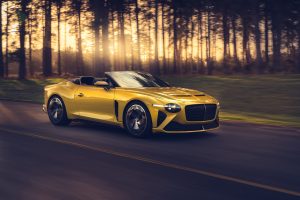 Bentley revealed its ultra luxurious Mulliner Bacalar at Crewe. The two door is a breath taking piece of indulgence from the Volkswagen Group firm. It’s design was inspired by the EXP 100 GT concept car, launched last summer to celebrate Bentley’s centenary. Under the bonnet is a tweaked 6.0-litre W12 TSI engine that produces 659hp. 5,000 year old river wood is used in the interior!!! 12 will be made at £1.5m each and delivered next year – sadly all are pre sold. 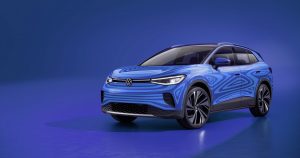 Volkswagen itself revealed the e-hybrid Touareg R, 240hp Golf GTI and 240hp GTE (hybrid) in its hometown of Wolfsburg. VW brand COO Ralf Brandstatter mentioned the need to be carbon neutral by 2050. He announced eight all electric or electrified cars this year. By 2024 VW will invest €11b in elctromobility (more than any other car maker). “By 2030 almost every second VW driven in Europe and China will be driven by electricity – its going to happen.” We got a sneak look at the I.D.4 SUV.

Another VW brand Skoda – a firm that has been around for 125 years!!! revealed its Octavia plug in hybrid EV the new Octavia RS iV. Performance with green credentials are at its core and is the first RS model with plug in hybrid technology. The front wheel drive iV delivers 240hp and 400nm – there’s a lot to like about it. 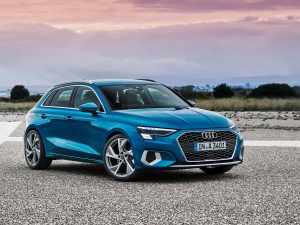 Staying in the VW Group AUDI celebrated 40 years of Quattro while also revealing the new ‘connected’ A3 Sportback (5 door) and the prototype of Audi’s e-Tron S. 20 new or updated models are coming this year. 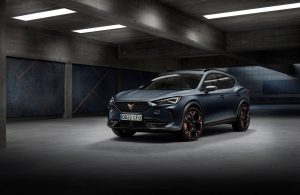 VW’s Spanish brands SEAT and Cupra launched the CUPRA Formentor, the first model exclusively developed for CUPRA while SEAT delivered the complete line up of its new Leon. The mild-hybrid, plug-in hybrid and also the CNG versions were presented as well as the new SEAT Tarraco FR. 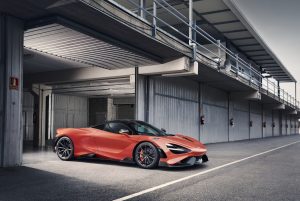 McLaren from its home in Woking revealed the limited edition 765 LT. McLarne’s sub brand (LT) makes more extreme version of its regular supercars, if there can be such a thing as regular supercars. With just 765 examples being built of the 765hp car this machine will be one for the investors. Mike Flewitt CEO at McLaren, like all the firm’s, acknowledge the virus and its impact and empathised with those caught up in it… “but we also have a business to run… the show must go on”. The 765 LT is stripped out and power-upped! 0-100km/h takes 2.8 seconds with 0-200km/h taking just 7.2 seconds!!!! 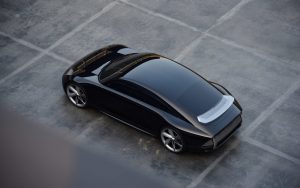 Hyundai revealed the Prophecy – a gorgeous concept to show its new design direction. SangYup Lee Hyundai’s design head said “We have brought to life yet another icon that establishes a new standard for the EV segment as well as pushing Hyundai’s design vision to even broader horizons. A part of that expansion is what we call Optimistic Futurism, a design concept embodied by ‘Prophecy’. With Optimistic Futurism, our aim is to forge an emotional connection between humans and automobiles”.

Mercedes-Benz came live from Stuttgart where the big boss Ola Kallenius pointed out that the firm had extended its Chinese New Year at its China manufacturing plants and is back producing cars since February 10th slowly ramping back up production. Mercedes-Benz latest message is “Sustainable modern luxury through electrification and digitalisation.” Kallenius said “We are going CO2 neutral” 2039 is the target date MB has set itself to get to this goal. 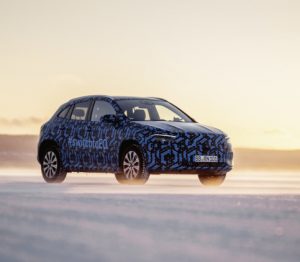 The baby electric car the EQA is due at the end off the year and is undergoing winter testing right now. MB is clearly doing a shocking amount of electrification these days (sorry!). Plug in hybrids featured with the reveal of the new CLA Coupe PHEV, CLA Shooting Brake PHEV and the GLA PHEV. Petrol and diesel variants will be available as the global market is still multi fuel. MB develops and produces its own batteries and is expanding production around the globe. This year the premium brand is set to cut circa 20% of its CO2 emissions. The refreshed E Class took a bow. With 40m sold to date it is a key model for MB. 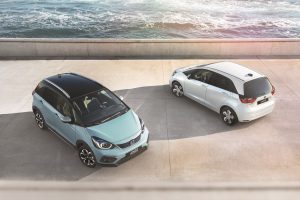 Honda announced its mainstream range will be electrified by 2022 with four additional electrified models coming by then. All forthcoming Hondas will feature advanced connectivity technologies. The first example of this is the availability of the My Honda+ app and Honda Personal Assistant on the Honda e and all-new Jazz and Jazz Crosstar.

Toyota was set to launch its all-new B-SUV at Geneva but has had to settle with going on line. The new B-SUV combines elevated ground clearance with an intelligent all-wheel drive system and Toyota’s latest hybrid technology. Also taking a bow were the new Yaris and the new RAV4 PHEV plug-in hybrid. The all-new hydrogen fuelcell powered Mirai was also showcased. The new GR Yaris and new GR Supra 2.0 would have been big draws in the flesh as would have Fernando Alonso’s 2020 Dakar Hilux but sadly they will be fingerprint free for a few weeks anyway. 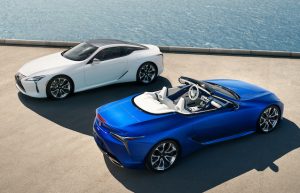 Lexus has a new range topper in the ridiculously beautiful, V8 powered, LC500 Convertible. It is due on sale at the end of the summer. Lexus also showcased its first full electric car the UX300e that is due at the end of the year in Europe and in early 2021 in Ireland.

Alpine revealed a limited-edition A110 Légende GT, its most refined interpretation of the A110 to date, alongside the A110 Color Edition 2020 and the new Atelier Alpine personalisation programme. Limited to 400 examples worldwide, the A110 Légende GT adds bespoke design elements inside and out. 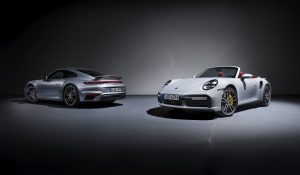 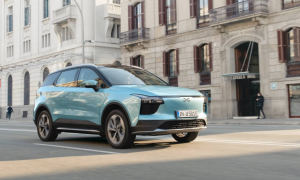 Aiways (eye-ways) is a Chinese electric car maker that was going to use the Geneva show to launch in to the European market, instead it did a press conference from Stuttgart. Samuel Fu Chairman and co founder of Aiways went to great effort to get to Europe from China and when he landed in German went and had a health check. Fu pointed out he may have a new career as an E blogger. The Aiways U5 is a mid sized SUV with a WLTP range fo over 400km. German technology features in the conventional looking five door car too. The U5 will be sold on line with direct consumer sales with different ownership models including subscription. Aiways has partnered with European electronics giant Euronics. A sub €40K excluding incentives for a top grade U5 is the expected European price point. Aiways quotes a 100,000 kilometre service interval. We also got a preview of its next car the ‘youthful’ U6. 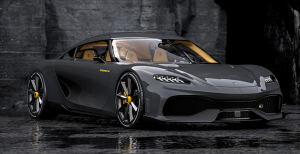 Koenigsegg has been growing steadily since 1994. The firm stayed on in Geneva and presented a number of cars including the Rigera. The supercar is made at a rate of one a week and by the end of this year year all 80 of its production run will be built. The high speed Jesko Absolut is the fastest Koenigsegg ever made. With a drag of 0.278cd it is the incredibly aerodynamic. The Absolut is a hybrid and has a combined output of 1600hp and 1500nm of torque. The four wheel drive Gemera (Swedish ‘to give more’) is a four seater supercar that can run on flex-fuel. It is a hybrid and produces 600hp and 600nm from its 2 litre twin turbo 3 cylinder engine that is capable of running on renewable fuels but it is also has a plug in battery pack for its powerful electric motor. Total output is, and this is not a typo, 1,700hp and 3500nm. 0-100km/h takes 1.9 seconds… and its a four seater!!!! Full of fuel and electricity the Gemera has a range of 1,000km. 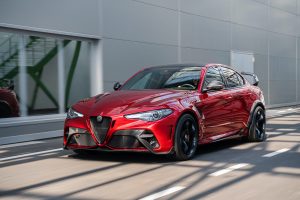 The car we want most to drive right now? The Alfa Romeo Giulia Quadrifoglio GTA. The GTA losses 100kgs and gains power to 540hp so 0-100km/h takes just 3.6 seconds.