Trending
You are at:Home»Reviews»Toyota Corolla review
By Michael Sheridan on 06/02/2017 Reviews 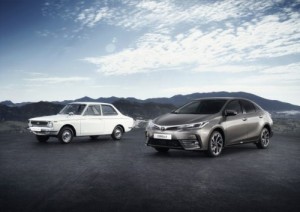 Toyota’s Corolla is a global motoring phenomenon. In its 51 years, this year, Corolla has sold in excess of 44 million – yes… 44 million!

This sales success is remarkable for such an ordinary machine. It just goes to show that critics are not always in touch with what the car buying public buy or want. Originally Corolla was intended to be a people’s car much like the VW Beetle and the Japanese firm has succeeded. It is clear a lot of progress has been made since 1966. I’ve been testing the refreshed 11th generation Corolla that is a far cry from the original. 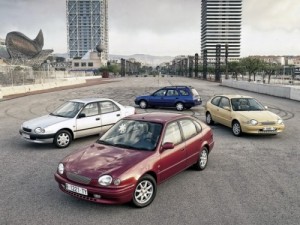 When I glanced at my test car diary and saw I was booked in to the Corolla it is fair to say my heart rate didn’t race, through the years there has been some dull Corollas.

In reality the front wheel drive four door saloon is quite different to the lazy stereotype that the Corolla endures of being boring. The exterior is smart and business like but we’ve yet to see the designers get a free hand with the big seller. Toyota’s current design language it calls ‘Under Priority’ and ‘Keen Look’ will with the next generation Corolla deliver a more striking machine but it is still fair to say even this revised Corolla is a far cry from the new C-HR. Again Corolla is not aimed at potential adrenaline junkies but a more sensible audience. Corolla looks a little wider through design trickery and has a solid, kind of dependable look. 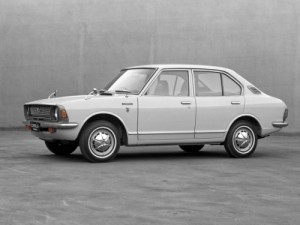 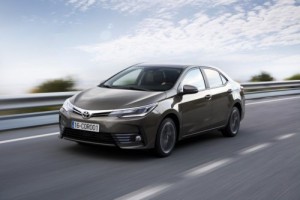 Compared to the original and even the mark 2 – a car really loved in Ireland, Corolla has grown. The exterior, interior and equipment levels have all been supersized. The next generation machine will be a breakthrough model as presently there is no hybrid option plus a lot of the latest electronic driver aids are unavailable due the car’s current architecture. LEDs and nice alloys are available to freshen up the exterior. 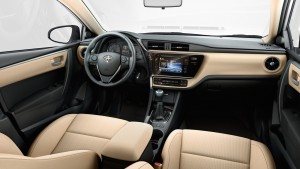 Inside the cabin you find a mixture of what you’d expect for a conventional five seat car. The seats are good and there is plenty of rear legroom. Avoid the light beige seats as they can pick up stains, my car had black seats that are far more practical in a family car. The dash is trying too hard to be contemporary with its centre touch screen. It is simply too fussy and at times annoying plus it lacks Apple Carplay or Android Auto.

Corolla is a safer machine than before as Toyota’s ‘Safety Sense’ collection of driving safety aids, is now standard on Luna and Sol grades. According to Toyota, ‘Safety Sense helps to prevent or mitigate collisions across a wide range of traffic situations by processing information provided by a compact, windscreen head-mounted unit housing both a laser and a camera. It incorporates a Pre-Collision System (PCS), Lane Departure Alert (LDA), Road Sign Assist (RSA) and Automatic High Beam (AHB).’ 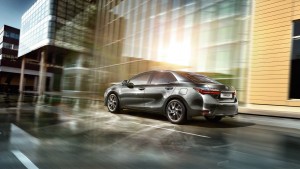 On the road our diesel test car was predictable, comfortable and featured no vices. Our test car had big alloys and as happens in most cases with bigger wheels you could hear a bit of road and tyre noise in the cabin. Some more sound-deadening wouldn’t go amiss. The D-4D’s 1.4 litre 90hp unit delivered its power without any particular sensation. Corolla is very easy to use, just a little… unexciting. This is something that buyers in this sector seem to want far more than a thrilling or engaging drive. The manual 6 speed gearbox helped deliver good fuel consumption too.

Corolla has a great reputation, especially in Ireland. It’s simply a solid performer.