Trending
You are at:Home»News»Toyota Yaris Cross
By Michael Sheridan on 23/04/2020 News 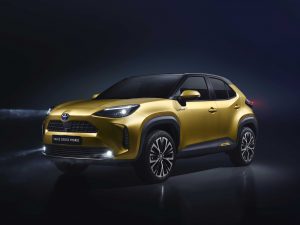 With lockdown still in place across most of the World and car manufacturers slowly finding ways to re-open their plants Toyota decided to launch it new baby SUV/crossover on-line today. The car was due to be shown at the Geneva Motor Show but as we all know that event was cancelled due to the Covid-19 pandemic. So the next best thing to seeing a car in the flesh is to see it on screen. We were invited to join the car giant on line at a special press preview. It is odd at the best of times sitting at a screen looking at two dimensional objects when you crave 3D but hey-ho we have to get on with things as best we can – so what is the new car all about? 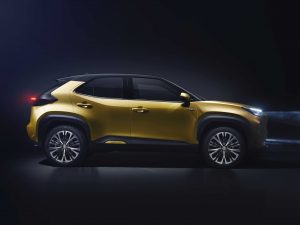 Toyota has a big passenger car line up already but the one area where there is huge attention right now is ‘small SUVs’. The market is filling up with them as buyers downsize. The Yaris Cross features intelligent all wheel drive – so it runs in front wheel drive mode most of the time until extra grip is needed. The Yaris Cross looks quite different to the standard Yaris – Toyota’s styling appears to quite different to the usual mild allroad/crossback variants of some other manufacturers.

Yaris dna is at the new car’s core – hence the name. Robust and minimalistic were Toyota’s own keywords behind the design. It rides on a variant of Yaris’s platform (based on Toyota’s GA-B platform) and has its dna running through it. The standard Yaris hatch is 3945mm long but the Cross is longer at 4180mm – its also taller and wider too. Big RAV4-like squared-off wheel arches, large wheels up to up 18 inch and plastic cladding give the Yaris Cross a rugged look that no Yaris has had before! A higher than Yaris driving position and raised body will make urban use more enjoyable and guarantee kerb appeal.

Power is hybrid – so it uses a combination of a petrol engine and electric motor delivered through an automatic gearbox. The petrol engine is a 1.5 litre three cylinder unit that has 40% thermal efficiency – that’s good. In two-wheel drive the car has relatively low emissions at 90g/CO2 and in all wheel drive it is still impressive at 100g/CO2. The Yaris Cross should be nippy too with a quoted combined power output of 116hp. 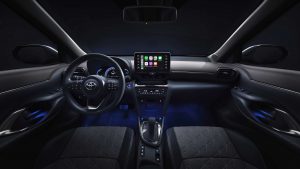 Inside looks nice too as Toyota has really upped its game in recent years. 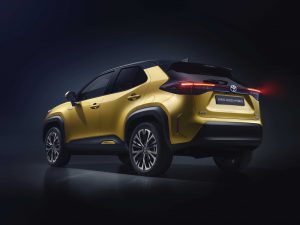 The Yaris Cross is designed and built in France (TMMF Onnaing factory) alongside the current Yaris. It has been styled for the European market and tastes too. Toyota expects sales of 150,000 per year from 2021.