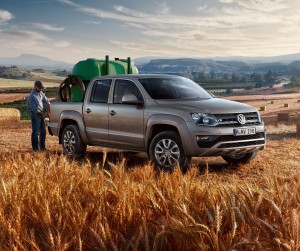 They are huge and imposing but at the same time can be hateful especially when maneuvering in multi storey car parks! But we can forgive all that because they simply look cool. Volkswagen’s Amarok is a brilliant European take on a very old vehicle type. My kids adore it when I rock up in a truck, sorry I should say that this is an interactive review and when you read truck or pick up you must say it out loud in a thick southern US accent… “Truuuck” – very good! 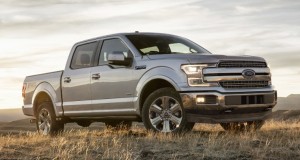 The whole pick up ‘truuuck’ phenomenon is legendary in the States where the Ford F150 continues to be the top selling vehicle every year, outselling every model and type of car! Ireland isn’t America and has a road network that features about 95,000 kilometres of narrow twisty roads and a few hundred kilometres of motorway so quite rightly Ford doesn’t see the need to bring in the big F150 – but Ford does bring in the mid-sized Ranger pick up – a direct Amarok rival. An American good old boy once told me, and I quote, ‘Ranger would be a woman’s truck’ – his words not mine! But in recent years manufacturers in the States have started fitting smaller more efficient engines. Look under the hood of most new US pick up trucks and you’ll find a V6 where once was a beefy V8. Irish engines have always been more modest and four cylinder pick-ups are the norm. Mitsubishi’s L200 and Toyota’s HyLux led the way years ago when there was a tax loophole that made double cab pick ups a very affordable alternative to a big 4X4. That loophole was closed but the five seat machines still make sense for people who need a workhorse and passenger carrying ability. VW’s Amarok is a relative new comer to the sector and a great vehicle. When it burst on the scene in 2010 it was simply brilliant. It had car like driving characteristics and a refined, quiet cabin. Power came from a 2 litre turbo diesel available in two power outputs. Towing and cargo carrying capacities were very impressive too but many buyers were wary of the relatively small cubic capacity of the engine. Amarok, the Inuit word for wolf, had a small turning circle too that was a big plus as older L200s were similar to turning a Supertanker at sea! All of the current crop of pick ups are vastly improved but still work horses. There is an old saying, “there’s no replacement for displacement” and while there may have truth in that statement years ago, new engines are far better built and engineered so you can have big power from a smaller block but not everyone believes this. Volkswagen has taken heed of a certain cohort of customers who simply want a bigger engine and has recently dropped a 3 litre V6 TDI into the Amarok 4Motion.

My V6 ruck came in the standard light grey we Irish like to call silver for some reason! It’s 8-speed automatic gearbox allowed me cruise along the highway without a care in the world with one arm on the window ledge while listening to Billy Ray Cyrus… okay the second part of that statement isn’t true… it was Johnny Cash. Amarok has an electronically select the four wheel drive system via a button near the gear selector. An ‘Off Road’ button also features, so it is a given that the big bus is seriously capable off road. Amarok comes in three grades; Trendline, Comfortline and Highline that gives you all the toys. It is a long machine (5,254mm) but thankfully my high spec test car had reversing sensors and a really handy reversing camera. Steering is geared quite slow and could be sharper for on road use, but off road and at higher speed the turning ratio is fine. 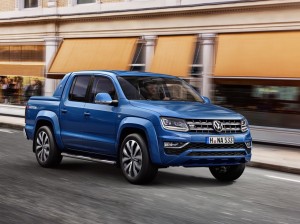 Amarok only reminds you it’s a commercial vehicle when moving off. The engine whines and grumbles as the auto box slowly shifts up through the gears. A six speed manual gearbox is standard. With the auto there is a manual gearshift option but no steering wheel paddles, which would have been nice. The ride is soft with some body roll when cornering. As with any good 4X4 you can virtually ignore speed humps and enjoy the old bucking bronco effect knowing the suspension is actually designed to take much worse punishment… and a hefty payload. 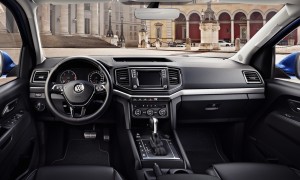 Creature comforts include cruise control and apple CarPlay and faux leather/alcantara seats. The dash is made of hard plastic and reminds you it is a commercial vehicle. Personally I’d customise the dashboard with a posher trim by sticking a load of alcantara or leather on the panels. Amarok features a conventional handbrake. The pick up deck of the double cab is almost square. My test car was fitted with a hard load cover. It looked the part and offered good weather protection for cargo. It was at best pretty secure although the top lock on the cover was of a quality you’d get on a posh letterbox so I wouldn’t leave any valuables in the deck overnight or unattended for too long. The tailgate drop door features a proper VW lock. Would I buy an Amarok? Hell yeah! It’s a beast and that’s a huge part of its appeal. It is a one stop shop as far as a vehicle goes and if Armageddon ever threatens – it’s the vehicle I’d want. Amarok, in spite of its German parentage, is a great piece of functioning Americana. The powerful V6 is available in three power outputs 163hp, 204hp and 224hp. Peak torque is 550nm. The V6 is most likely the last we will see of this type of engine in a pick up truck. The next generation of truck will have to be a lot greener according to Brussels and fuelled by petrol/hybrid, electricity or even hydrogen fuel cells further down the line.

I’m lucky that I live in a relatively quite rural part of the country but Amarok would be a harder machine to justify owning privately in the city. I’m only a few minutes away from green lanes, the beach and mountains and therefore could fully convince a Prius owner of the big diesel’s merits as a form of family transport. Amarok allows you a freedom to indulge in any form of lifestyle. With a tow hitch and a pick up deck there is no need for bike racks or boot carriers… it’s an all wheel drive truck! If I wanted to I could haul mountain bikes, in the deck or even tow two hunters in a large horse box or my preferred option dirt bikes. 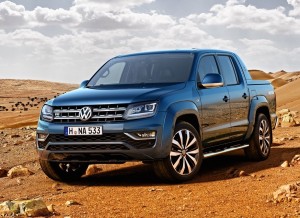 The reality for most of us is that 99% of the time a Micra supermini is all the car we need… but it’s that 1% of the time we all live for that makes a great case for Amarok as a private car. For business users the great engine choice, flexibility – the deck can take two euro pallets crossways and towing ability (up to 3,500kgs braked) makes Amarok a compelling proposition. You can spec stronger springs to increase load carrying capacity from 842kgs to 985kgs. V6 Amarok prices start from €37,450 inc. VAT. My top of the range test car weighed in at €52,240… I still loved it!