Trending
You are at:Home»Reviews»Volvo XC40 Plug-In Hybrid review
By Michael Sheridan on 16/06/2020 Reviews 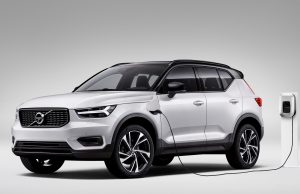 The smallest SUV in Volvo’s range is a cracking car. We’re testing the XC40 in PHEV plug in hybrid form. The XC40 T5 ‘twin engine’ is part of Volvo’s new ‘Recharge’ range of EV & PHEVs. Our top grade Inscription Pro test car starts from €57,600. Throw in a few extras to comprehensively equip the five door and the price tag reaches a hefty €64,277. When you consider you can get an entry model XC40 for €38,297 (T3) – sixty four grand is a whopping amount for a compact SUV… so is it worth it? 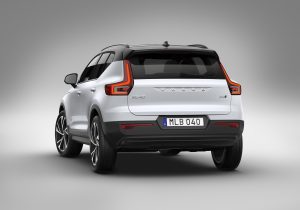 Okay so the XC40 is brilliant, we’ve said it before and we’ll say it again. It is one of the best designed and considered SUVs you can buy. As a means of transport it takes up little road space, has a sturdy presence and in side it is really well packaged. So what’s the story with the plug in hybrid version? Emissions and fuel consumption are low at 2.1L/100km and 48g/CO2 putting the Recharge in to tax band A. 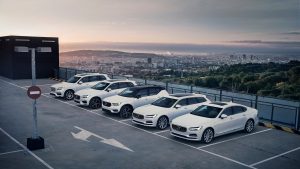 Volvo has pipped its premium rivals as it has become the first premium manufacturer to have a PHEV plug in hybrid version of every car it sells. An 408hp XC40 ‘Recharge’ (pure electric) is on the way at the end of 2020 with a range of circa 400km. The T5’s power comes from a three cylinder turbocharged 1.5 litre petrol engine (from the T3) and an electric motor that produces 80hp. Combined the power output is 258bhp/425nm. This is a healthy amount of grunt to have in a small-ish machine but then again the T5 is not exactly light at 1.8 tonnes. 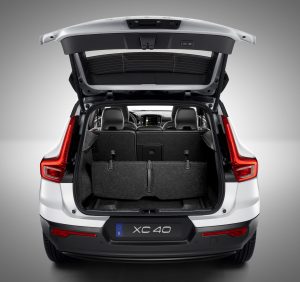 The electric motor comes in to its own with its initial abundance of low end torque shifting the XC40 smoothly off the line. The engine and the dark arts of combustion never draw undue attention to its humble cylinder count. The T5’s rechargeable battery has a 10.7kWh capacity (roughly a quarter of a full EV) and this power can be used up in no time at all Volvo states an EV range of 46km. Charging takes 2.5 hours (type2 at a ‘wallbox’) or up to 6 hours on a three pin plug. 0-100km/h takes 7.3 seconds and top speed is now electronically limited to Volvo’s self imposed 180km/h. It feels brisk but not overly quick. The auto is super smooth and progress is effortless and you never feel short of power. Unlike its sibling PHEVs the XC40 T5 is front wheel drive only and comes with a 7-speed auto gearbox. The boot is the same 460 litre size as other XC40s and when you lift the boot floor it may be a little ugly but there is the option of a spare wheel and space for its charging cables when fitted. 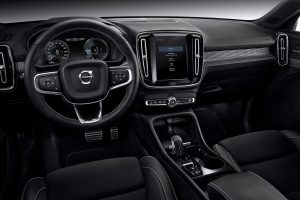 Interior space isn’t compromised and in fact apart from a flap on the outside for the type2 electric cable the car is identical to other XC40s.
On the move you can select an option through the centre display to let the engine charge up the battery or another option to hold the electric power at whatever capacity it has for later use (e.g. a zero emissions zone). 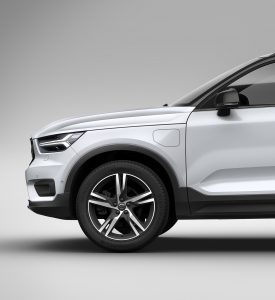 The only niggle I had with the T5 concerned the brakes. The pedal operation was uneven, initially too soft and ultimately hard to use smoothly and this annoyed me. In every other sense the XC40 T5 was a pleasure to use. 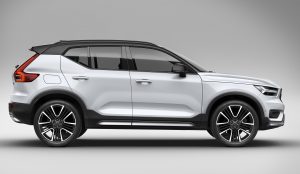 Did I need all the power the T5 offered? No, I spent most of the time cruising and feeling relaxed. The XC40 T5 works best for those with a short commute or who can frequently charge the car up as its electric only range is not that impressive. Otherwise save yourself a few bob and buy a regular engine powered XC40. The XC40 T5 Recharge starts from €55,200. R-Design, R-Design Pro , Inscription and Inscription Pro are the grades.